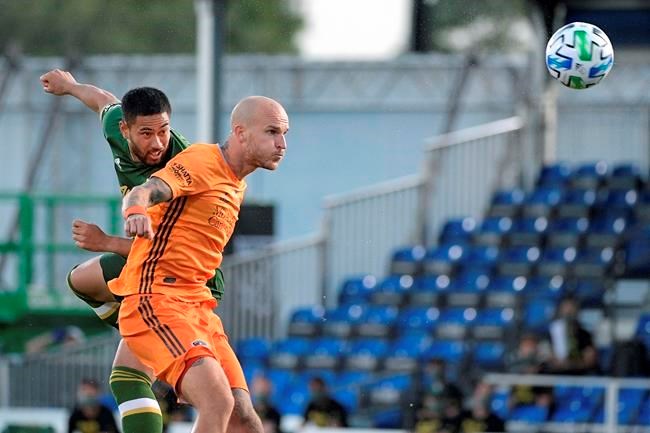 Montreal also got an international roster spot for the 2021 season in the deal while Houston received a second-round pick in the 2022 MLS SuperDraft.

The 30-year-old Struna played 46 MLS games, including 45 starts, for Houston over the last two seasons. He joined the Texas club in December 2018 from Italy's Palermo FC.

The six-foot-two 185-pounder has won 21 caps for the Slovenian national team.

"We are pleased to add a tall centre back to our defensive core," CF Montreal sporting director Olivier Renard said in a statement. "He has experience in MLS and on the international scene, and he's played several years in Italy."

Struna will serve as veteran help for 19-year-old Louis Binks, whose loan deal with Bologna has been extended through December 2021. The contracts for Montreal defenders Rod Fanni, Jukka Raitala and Jorge Corrales expired at the end of December.

CF Montreal was known as the Montreal Impact until last week when the team rebranded.

Houston will retain a percentage of any sell-on fee if Struna is transferred outside of Major League Soccer.

He has won the MLS Cup with Portland, the Lamar Hunt U.S. Open Cup and Supporters’ Shield with Dallas and the Canadian Championship with Montreal.

“Maxi knows first-hand what it takes to be a champion in MLS and has consistently scored goals since he arrived in the league,” Dynamo head coach Tab Ramos said. “He brings quality, speed and a tremendous work ethic.”

Urruti is a product of the Club Atletico Newell's Old Boys academy, making his pro debut in 2011.

Urruti holds a Green Card as a permanent U.S. resident and will not occupy an international roster slot.

This report by The Canadian Press was first published Jan. 18. 2021