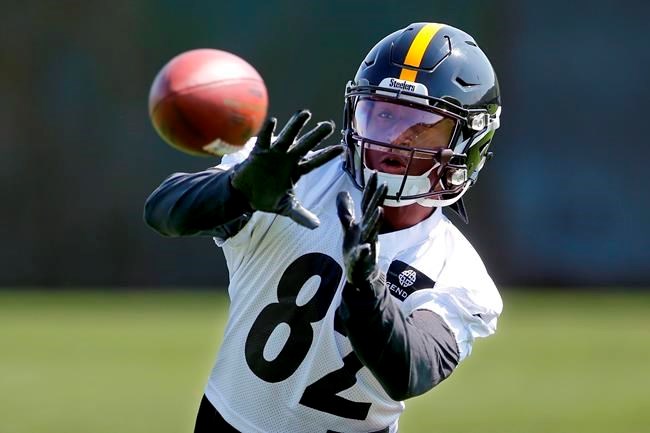 The six-foot-six, 320-pound Figueroa started 34 games — primarily at left tackle — with the Lions over the 2018 and 2019 seasons and was named the team’s nominee for CFL most outstanding lineman both years.

Figueroa previously spent two seasons (2016-17) with the Edmonton Football Team, appearing in 33 games and making the switch to left tackle early in 2017.

He first broke into the CFL in 2013 with the Hamilton Tiger-Cats where he played three seasons and helped the team reach the Grey Cup on two occasions.

Before joining the Ticats, Figueroa played five seasons with his hometown Miami Hurricanes in the college ranks.

Williams-Lambert was named the West Division's most outstanding rookie in 2018, posting 764 receiving yards and four touchdowns on a team-leading 62 receptions.

After spending the start of 2019 with the NFL's Chicago Bears, he returned to the Riders and had five receptions for 57 yards in three games.

Meanwhile, American wide receiver Demarcus Ayers and defensive back Christian Campbell opted back into their contracts with the Roughriders.

Ayers comes to the Roughriders after three seasons in the NFL with Chicago, New England and Pittsburgh.

The University of Houston product was a seventh-round pick by Pittsburgh in 2016.

Campbell was a sixth-round pick by Arizona in 2018. He spent parts of two seasons in the NFL with Arizona, New Orleans and San Francisco.

The six-foot-1, 211-pound native of Kelowna, B.C., returns to the Bombers for a seventh season after originally being selected by the club in the second round, 17th overall, of the 2014 CFL draft.

The veteran linebacker was limited to just four regular-season games and three playoff contests in 2019 due to injuries after missing only three games in the first five years of his career.

Briggs finished the year with three tackles — two on defence and one on special teams — and added two special-teams tackles and a defensive tackle in Winnipeg's run to the Grey Cup championship.

Briggs has 20 defensive tackles and 57 more on special teams over 91 CFL games with the Bombers.

Blanc, from Montreal, has played 71 games over five seasons with the Alouettes. The six-foot-one, 245-pound lineman led the team with 21 special-teams tackles in 2019.

Faubert-Lussier played his first year with the Alouettes in 2019,  catching nine passes for 102 yards and adding two special-teams tackles in 16 games. The Montrealer spent his first two CFL seasons with the Hamilton Tiger-Cats, who selected him in the fifth round (39th total) of the 2016 CFL draft.

Lalama, a Winnipeg native, made 25 defensive tackles and eight on special teams, adding one sack and one tackle for a loss in 11 games in Montreal in 2019.

Lalama started his career with the Alouettes in 2017 before joining the Blue Bombers for the 2019 season. He came back to Montreal in August 2019.

Banner played 18 games with the Alouettes in 2019, registering 15 defensive tackles, nine on special teams and adding one sack.

Julien-Grant played his first professional season in 2019 when he returned seven kickoffs for 112 yards, while making a catch for eight yards.

Termansen made six defensive tackles and one on special teams, while recovering a fumble in nine games with the Alouettes in 2019.

Lawson was selected in the second round (16th overall) by the Alouettes in 2020 after being named the OUA lineman of the year in 2019 while playing for Queen's University.

This report by The Canadian Press was first published Jan. 20, 2021.

Ticats to go with veteran Masoli as their starter; competed after being pressed on it
Aug 1, 2021 1:47 PM