'This is being done slowly': Provinces balance reopenings and vaccination progress

Many provinces are setting their sights on reopening as Canada's COVID-19 vaccination pace brings optimism, but leaders are warning that those plans could be curtailed if people don't get their shots.
May 20, 2021 4:06 PM By: Canadian Press 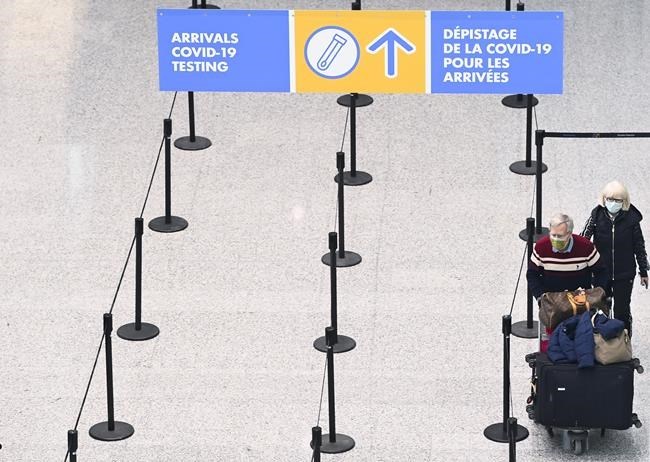 Many provinces are setting their sights on reopening as Canada's COVID-19 vaccination pace brings optimism, but leaders are warning that those plans could be curtailed if people don't get their shots.

Canada was expected to move ahead of the United States on Thursday in the percentage of the population to have received one dose of a vaccine.

Njoo said more than 55 per cent of eligible adults have been vaccinated at least once.

New COVID-19 modelling for Ontario released Thursday showed those vaccination efforts, along with a stay-at-home order, have put the province in a much better place than it was a few weeks ago.

"This is being done slowly and with extreme caution," Ford said. "This is the only way it will work.”

"These are all challenging trade-offs and none of them are without risk.”

There were 2,400 new cases Thursday and 27 more deaths linked to the virus.

Quebec and Saskatchewan have also released reopening strategies as those provinces have experienced reduced infections and hospitalizations.

The province expects to gradually allow bars and restaurants to reopen starting with some patios on May 28.

The province has also expanded vaccine eligibility to young people between 12 and 17 with a goal to having them all receive two doses by the time the next school year starts at the end of August.

In Manitoba, Premier Brian Pallister warned that surging cases there are linked to people not getting their shots and announced tighter health measures ahead of the May long weekend.

From Saturday morning until Wednesday morning, social gatherings between members of different households will be banned — even outdoors

A delayed third wave has put immense pressure on health care in Manitoba, where a record number of people are in intensive care and the daily case count hit a record 603 Thursday. There were three more deaths.

Pallister said health officials have told him that most people getting infected and hospitalized have not been vaccinated.

All leaders are counting on vaccine availability continuing to increase.

About 1.4 million doses of the Pfizer-BioNTech vaccine were to be delivered ahead of schedule on Thursday and Friday. But the Public Health Agency of Canada said it is no longer confident it will receive another six to eight million doses of the Moderna vaccine next month.

Njoo said advice on whether provinces can mix and match vaccine types should be ready in the first week of June.

In Alberta, changes were made Thursday to quarantine rules for people who have been vaccinated.

Chief medical officer of health Dr. Deena Hinshaw said those fully vaccinated for at least two weeks will no longer have to isolate — even if exposed to a positive case — as long as they don't have symptoms.

Albertans who have received a first dose and show no symptoms face a shortened quarantine period.

On the national front, federal Public Safety Minister Bill Blair said restrictions on non-essential international travel, including to the United States, are being extended until at least June 21.

This report by The Canadian Press was first published May 20, 2021.