OTTAWA — International graduates and essential workers eligible to apply for permanent residency under a new program say requiring them to retake language proficiency tests is unreasonable, especially during a global pandemic.
Apr 22, 2021 1:38 PM By: Canadian Press 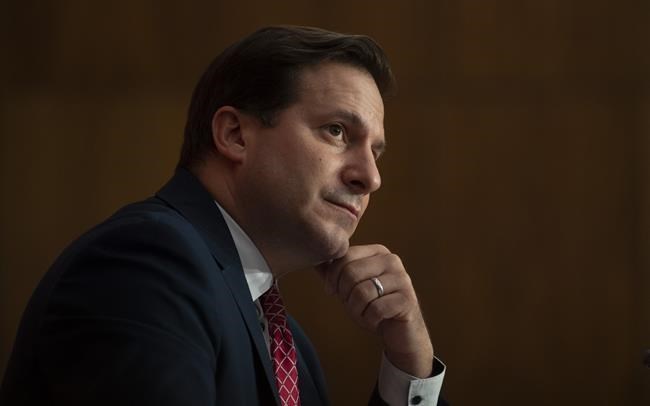 OTTAWA — International graduates and essential workers eligible to apply for permanent residency under a new program say requiring them to retake language proficiency tests is unreasonable, especially during a global pandemic.

Akshay Aman, a law clerk graduate currently working as a security officer in Toronto, said international students have already passed language tests and proved their proficiency in English or French when they got their school admission and student visa.

"We all had our degrees from Canada and everything was in English," Aman said.

"There is no sense (in taking) the test again and again."

The government is requiring international graduates and essential workers to submit an official language evaluation that is less than two years old when the permanent residency application is received.

Aman, who graduated from Niagara College, said he has all the documents he needs in order to apply for permanent residency except a new English proficiency test.

He said the websites of the government-approved language tests have crashed since the announcement of the new program last week, leaving thousands of applicants struggling to register for an exam.

All the spots are booked until the end of September, he said, adding that after he failed to book a test in Toronto, he tried to find one in Alberta or British Columbia but all the exams are booked there too.

He added that it's unsafe to require tens of thousands of people to take in-person tests during the COVID-19 pandemic.

"They should delay (this requirement) or they can drop that because we already have our degrees," he said.

Alexander Cohen, a spokesman for Immigration Minister Marco Mendicino, said the department wants to assure prospective applicants that the process will be fair for everyone, but he didn't say whether the department will drop the language requirement for those who have already passed proficiency tests.

"(The program) will allow far more international students to plan their futures in Canada," Cohen said in a statement.

"The size, scope and speed of this new program is unprecedented."

Morad Roohi, a third-year PhD student at Queen's University, said he has been trying to book an English evaluation test with his partner, so they can apply for permanent residency under the new program.

He said they have spent days searching for an available test appointment, but they couldn't find one.

Roohi described the application process, which also involves gathering many documents, as like hitting a "stone wall."

"It is really, really unfair."

He said they moved from Kingston, Ont., to Toronto during the early days of the COVID-19 pandemic when his partner found a job at a homeless shelter in the city.

"She risks her life all through these months of (the) pandemic and lockdown. She has not been at home for a single day," he said.

"When it comes to this application, still you're just bombarded by ... different (reasons for) pressure and stress."

Roohi said requiring international students to pass a general language test after they passed an academic exam is not understandable.

Newcomers are offering their skills and expertise to the Canadian society despite all the difficulties they are facing during the pandemic, he added.

"As international students, as newcomers, (we are) going through lots of stress, pressure, uncertainty and many, many difficult things," he said.

He said the government should make changes to the application requirement to make it easier for international graduates and essential workers to apply.

"When there is a pandemic and where there is no exam available, what can we do? There should be some accommodation for us."