MONTREAL — Female victims of domestic and sexual violence in Quebec will be supported by a single, dedicated prosecutor from the start to the end of their legal proceedings, the Quebec government announced Thursday.
May 6, 2021 1:04 PM By: Canadian Press 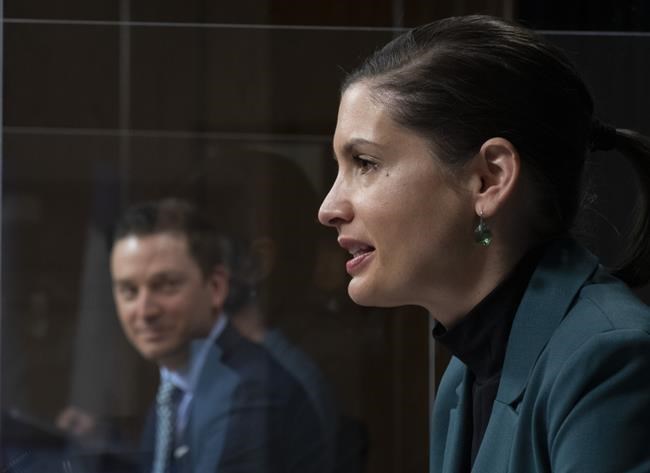 MONTREAL — Female victims of domestic and sexual violence in Quebec will be supported by a single, dedicated prosecutor from the start to the end of their legal proceedings, the Quebec government announced Thursday.

Justice Minister Simon Jolin-Barrette told a news conference the government is investing $44 million over five years to hire about 40 more prosecutors who will focus on domestic and sexual violence cases.

Offering victims the chance to work with a dedicated prosecutor allows them to form a bond with that person, who can help victims navigate the legal system, Jolin-Barrette said. The new policy is one of 190 recommendations from a government-mandated report last December on how to improve the province's approach to domestic and sexual violence.

"From the beginning to the end of the judicial process, it will be the same prosecutor, and … they will take time with the victim to explain how (the legal process) will unfold," he said.

Another $27 million over five years will be spent hiring and training more police officers to specialize in domestic violence cases. The money will also go toward monitoring suspects awaiting trial and for the creation of special units in the Montreal and Terrebonne, Que., police forces and in the Quebec provincial police.

"The main goals are to make sure that we have specialized staff in our police forces that only do cases of domestic violence to support the victim, to accompany them throughout the process with the justice system," Public Security Minister Geneviève Guilbault told reporters.

The $71-million plan announced Thursday comes out of the $223 million in new funds set aside by the provincial government to fight domestic violence.

Quebec has been rattled by at least 10 femicides since the beginning of 2021.

In recent weeks, Guilbault has announced $92 million in funds for women's shelters as well as an investment in programs to help violent men.

Justine Fortin of Juripop, a non-profit legal clinic, said a victim's first contact with the legal system is with a police officer, who may not be trained to deal with domestic or sexual violence cases. It isn't uncommon, Fortin said, for multiple prosecutors to be involved in a single case, leaving a victim to repeatedly recount her story.

In domestic violence prosecutions, those details — the victim's version of events — are key to the case the Crown brings before a judge, she said.

"So all those details that is the story of the victim will be shared with one prosecutor and there will be that relationship of confidence that will be built," Fortin said of the new policy. "That will help the victim work through this very hard journey that is our criminal system right now."

Advocates for victims of violence welcomed the changes.

Manon Monastesse with Quebec's federation of women's shelters, the Fédération des maisons d'hébergement pour femmes, says better training for police is important because officers are the front-line allies of victims.

She said in a statement she is hopeful the single prosecutor approach will help, noting that one-third of women in shelters refuse to file a complaint.

“Filing a complaint and embarking on the legal process is a difficult journey for women victims of violence," Monastesse said. "They must be accompanied by integrated and continuous services."

Jolin-Barrette said the province is looking at creating a court that specializes in domestic and sexual violence cases but didn't commit to a timeline. A working group established in February is to report back soon on the issue.

"My wish and the wish of the Quebec government is to set up a specialized tribunal," Jolin-Barrette said, noting it was the arguably the most important of the recommendations in the December report.

This report by The Canadian Press was first published May 6, 2021.