MONTREAL — Quebec is redirecting people from the mass vaccination site at the Olympic Stadium on Saturday because of a planned protest in the area against COVID-19 health orders.
Apr 30, 2021 11:31 AM By: Canadian Press 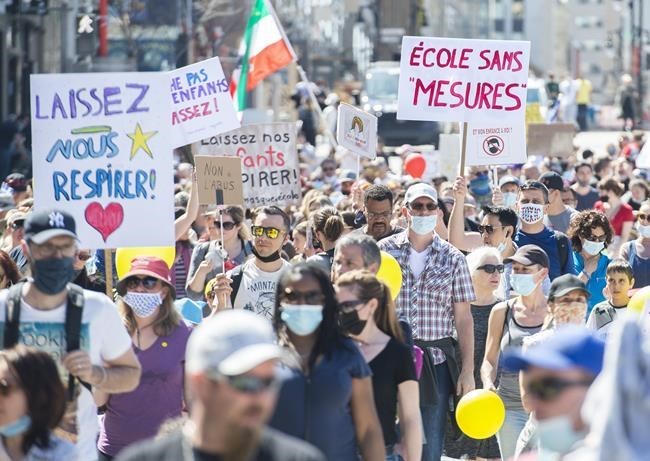 MONTREAL — Quebec is redirecting people from the mass vaccination site at the Olympic Stadium on Saturday because of a planned protest in the area against COVID-19 health orders.

Health Minister Christian Dubé said Friday on Twitter appointments have been transferred to other clinics in the city. He said the other clinics have the capacity to honour appointments scheduled at the stadium but deplored the fact protesters are choosing to demonstrate outside the mass vaccination site.

The protest is being organized online by a group calling itself Québec Debout (Quebec standing up). It calls the public health orders imposed in the province "excessive and unjustified." Protests are planned in Montreal and several other Quebec cities, according to the group's Facebook page.

Dubé said the government respects the right to demonstrate but vaccination is a priority. "People have a right to their opinion, but I think they could have left those who are getting vaccinated alone," Dubé told TVA network in an interview on Friday.

The regional health authority governing the territory where the stadium is located said it had condensed appointments before 10 a.m. on Saturday and had stopped booking people at that site for the rest of the day in anticipation of the protest.

"The small volume of vaccines available on Saturday combined with the low demand for appointments allowed us to concentrate our meetings in the morning and thus adjust to the context surrounding the event," the health authority said in a statement Friday.

Prime Minister Justin Trudeau told reporters Friday the planned protest is "deeply disappointing." Freedom of speech and assembly are important, especially during a pandemic, but protests must be done safely, he added.

"The irony here is that by gathering, people are putting each other at risk, spreading further cases of COVID-19, and extending the time in which we will have to be faced with restrictions and public health measures,” Trudeau said.

This report by The Canadian Press was first published April 30, 2021.