MONTREAL — Quebec's police forces need an overhaul so they can better respond to modern police work, which increasingly involves cases tied to mental illness and cybercrime, according to a sweeping new report released Tuesday.
May 26, 2021 5:57 AM By: Canadian Press 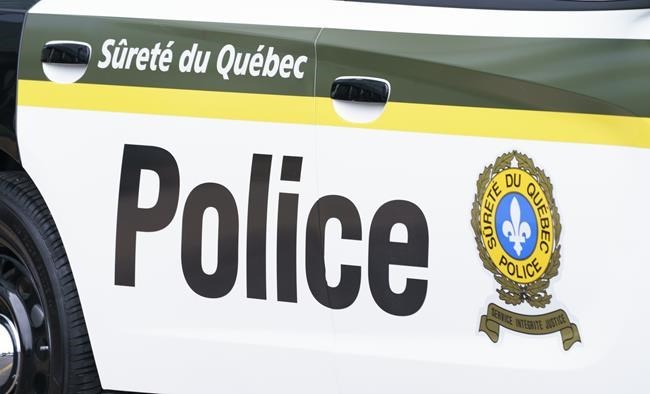 MONTREAL — Quebec's police forces need an overhaul so they can better respond to modern police work, which increasingly involves cases tied to mental illness and cybercrime, according to a sweeping new report released Tuesday.

The five-member policing committee formed at the behest of Public Security Minister Geneviève Guilbault found that the basic police model as defined in the province's Police Act "no longer reflects the reality on the ground or the expected role of the police services."

The committee's report said that under the act, the mission of the police is "modelled on another time" and defined largely by actions that are "quantitatively measurable," such as the number of fines issued, arrests made and investigations resolved.

"However, while these elements remain relevant to a small degree, the new complexity that police forces must juggle requires a more qualitative approach, based on data, where the accent is on prevention and targeted interventions with citizens."

The report noted that crimes carried out online, such as identity theft, have skyrocketed, and that most police forces are ill-equipped to respond.

Quebec police, the report said, are increasingly asked to intervene with a clientele suffering from mental health issues, and that they carried out 80,000 such interventions in 2019 alone.

The 490-page report offered 138 recommendations for reform, touching on a variety of issues, including recruitment, communication, organization and financing.

It recommended reducing the number of police forces in the province to 13 from 31, noting that smaller organizations don't always have the specialized skills to conduct complex investigations. Those forces are also not mandated to investigate many of the fastest-growing sectors of crime, which include crimes involving computer data, child pornography and criminal offences committed by groups operating in multiple regions.

The report suggested merging several police forces north and south of Montreal into larger organizations, while it said some smaller municipal forces could be integrated into Quebec's provincial police.

It also proposed integrating the anti-corruption unit known as UPAC into a larger force dedicated to cybercrime and economic crimes.

Community policing, the report said, needs to increasingly happen in partnership with community groups, with a renewed focus on using dialogue to resolve issues.

Police stations should act as "security hubs" that are "capable of exercising positive leadership and mobilizing the various actors on the ground," the committee said, referring to community groups. The report said these groups should get more, stable funding so they can provide better services.

"More than a community police force, it is a concerted and local police force, which must henceforth prevail in Quebec, with partnership and dialogue as its main weapons," it said.

The report noted that despite recruitment efforts, women and minorities continue to be under-represented in policing, and it proposed some solutions, including paid training and employment guarantees for candidates from racialized backgrounds. It also suggested shifting the criteria for admission to police training programs to consider not just grades but also interpersonal skills and emotional intelligence.

The committee recommended modifications to the police watchdog, called the Bureau des enquêtes indépendantes, including changing its status to an independent body as opposed to its current status of specialized police force. It said the watchdog should publish its reasons when it decides against recommending sanctions against a police officer.

It also recommends more mental health support for police officers, who are more likely to die by suicide than in the field.

In a statement, a group representing Quebec municipalities said it was worried about some of the report's recommendations — particularly the suggestion to abolish some smaller police forces.

"Several communities have made the choice to preserve their (police) services to serve their communities and control the costs," Jacques Demers, president of the Fédération québécoise des municipalités, said.

Demers said some cities are worried their costs could increase if they're forced to shift to Quebec provincial police.

Guilbault says the Quebec government will respond to the report on Wednesday.

This report by The Canadian Press was first published May 25, 2021.

— With files from Pierre Saint-Arnaud.

Note to readers: This is a corrected story. A previous version incorrectly named Jacques Demers as the president of Union des municipalités du Québec.