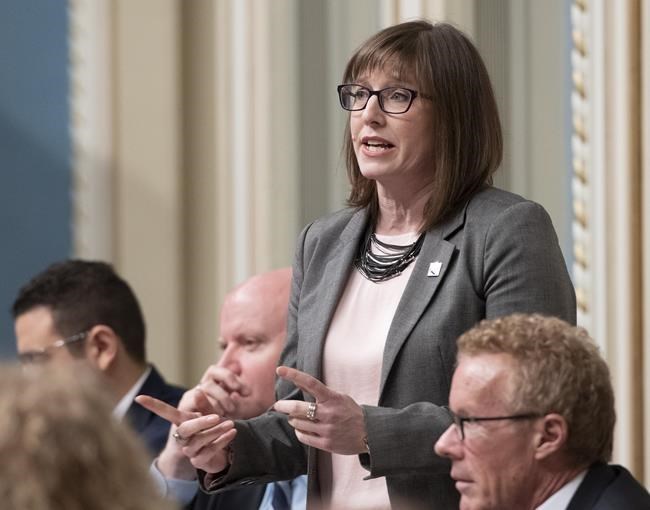 Marie-Ève Proulx met earlier in the day with Premier François Legault, who told reporters the decision to have her resign from her duties was mutual. Legault said he was informed about problems in her office last year and the situation did not sufficiently improve despite attempts to coach her.

"Last year, we heard that the climate, that the working relationship at her office wasn't good, so we met her, we also gave her a coach to help her," Legault said. "They told me that it improved at her (riding) office, but it didn't improve enough in her department."

Proulx has been the subject of controversy in recent months and more than ten people in her office have been dismissed or resigned.

She posted a message on her Facebook page saying she had become a distraction to the government, which she said should instead focus on the COVID-19 pandemic. She admitted having faults but described herself as driven and demanding, above all toward herself.

"I have been very affected by the allegations over the past few days about me, referring to my behaviour, which may have hurt some of my team members," Proulx wrote. "If so, I apologize."

Proulx will remain in the Coalition Avenir Quebec caucus as the member representing the riding of Côte-du-Sud, a district she won in 2018. She was also minister responsible for the Chaudière-Appalaches and Bas-St-Laurent regions.

After a confidential settlement, Proulx avoided appearing before a labour tribunal in April to respond to two complaints from a former riding office employee.

Proulx had declined to comment on Monday after her press officer left her department.