Quebec confirms a young bear captured near Montreal has been euthanized

MONTREAL — Quebec's Wildlife Department has defended its decision to euthanize a young bear that was captured after being found wandering in a Montreal suburb, as criticism poured in from citizens and an animal rescue group.
May 26, 2021 10:41 AM By: Canadian Press 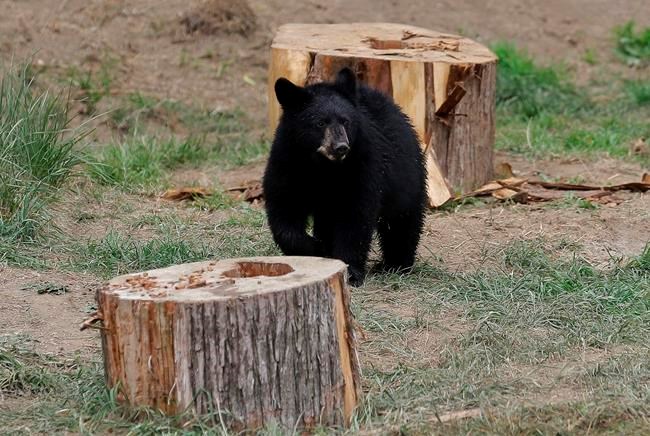 MONTREAL — Quebec's Wildlife Department has defended its decision to euthanize a young bear that was captured after being found wandering in a Montreal suburb, as criticism poured in from citizens and an animal rescue group.

The young adult bear was deemed a risk to human safety because it showed no fear of venturing into a noisy urban environment, the department said in an email Tuesday. The animal caused a stir on Sunday after it was spotted wandering through backyards in Dorval, Que., a suburb just west of the city.

At the end of an operation that lasted several hours, government wildlife officers and a rescue group convinced the animal to climb a tree, where it was shot with tranquillizer darts and eventually captured safely.

The bear was put in a cage, after which wildlife experts made the decision to euthanize it, the department said. "Releasing an animal that has lost its fear of humans can pose a risk to human safety when it is a predator like the bear," the statement read.

It's unclear how the animal, which was estimated to be about a year and a half old, got to the city. The Wildlife Department said it was the first time it had been called about a bear on the Island of Montreal.

Sauvetage Animal Rescue, the group that spent several hours helping police and wildlife agents corral the wayward bear, said it was "shocked" to learn of the animal's death.

The group said in a statement late Monday it had been assured the bear would be put back into the wild, adding that it would have helped place the animal in a refuge if release wasn't possible.

"At the end of (Sunday's) operation, we were informed that the bear was going to be released away from the city," the group wrote in a statement published on Facebook. "We were not contacted by the Ministry of Forests, Wildlife and Parks to tell us that another decision had been taken."

Wildlife officials said the agency considers refuges temporary solutions to rehabilitate animals that can be returned to the wild. "However, the stay of a wild animal in such an environment presents a risk of habituating the animal to humans," the email read.

The statement said officials did not consider sending the bear to live in a zoo or other facility long term, stating that a life in captivity is "not optimal" for bears, which need a large territory to roam.

Montrealers took to social media to express anger over the bear's death, and an online petition calling for the resignation of province's wildlife minister had gathered over 4,500 signatures as of midday Wednesday.

The petition also accused the department of deciding to "euthanize deer in several sectors when refuges wanted to take care of them," and failing to properly fund organizations that help wildlife.

Sauvetage Animal Rescue posted the link to the complaints page of the Wildlife Department website, suggesting citizens could write to the minister directly to express their displeasure.

This report by The Canadian Press was first published May 26, 2021.