MONTREAL — A Mohawk man and his wife said Thursday they are filing a human rights complaint against a Quebec hospital after the man was allegedly discharged from the facility wearing barely any clothes.
May 27, 2021 12:22 PM By: Canadian Press 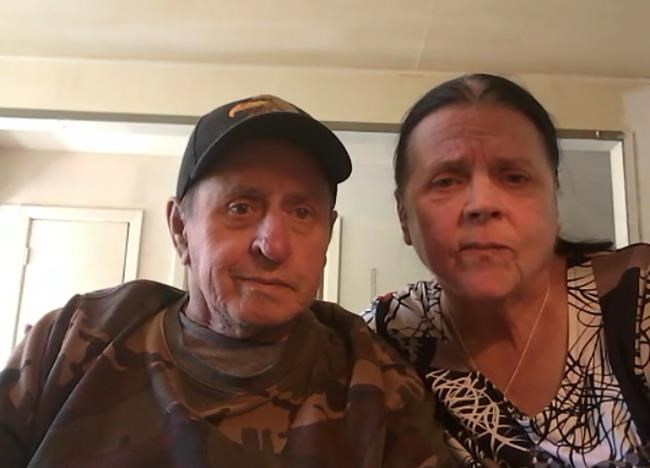 MONTREAL — A Mohawk man and his wife said Thursday they are filing a human rights complaint against a Quebec hospital after the man was allegedly discharged from the facility wearing barely any clothes.

Winston Nelson, 71, was hospitalized at the St-Eustache hospital, north of Montreal, on Dec. 30 for heart problems. Nelson's wife, Cheryl Scott, says she sent a taxi to pick him up on Jan. 5, only to find him wearing a hospital gown and a soiled diaper when he arrived home.

"It broke my heart because he's the only one that I have here with me," Scott told a virtual news conference.

The couple, who are from Kanesatake, west of Montreal, told reporters they mandated civil rights group Centre for Research-Action on Race Relations to bring the case on their behalf in front of Quebec's human rights commission. They allege the hospital is guilty of systemic racism.

Executive director Fo Niemi told the same news conference it is not often his organization receives requests from Indigenous people to file complaints of racism against public institutions.

"This is meant to encourage Indigenous people who face racism in health care and social services to take action," Niemi said about the complaint.

The couple said that on a separate occasion, they witnessed nurses at the hospital allegedly mimicking stereotypical Indigenous war chants.

Representatives for the St-Eustache hospital said Thursday an internal investigation concluded the reason behind Nelson's mistreatment was a "lack of experience" among staff present that day, not discrimination.

"It turned out that the support offered in this situation was not adequate and lacked sensitivity," Dominique Gauthier, a spokeswoman for the regional health authority, said in an email. "An apology was also offered to the family."

Nelson's wife said she doesn't understand what happened, noting that it only takes a few minutes to dress someone.

"I’ve been dealing with this racism from the hospital, calling my husband Mohawk, dog, idiot," Scott said. "They didn’t clean his sheet, they left him in his pee and poo for hours. No Indigenous person, human, nobody deserves that treatment from a hospital."

This is not the first time the St-Eustache hospital has been accused of systemic racism. The regional health authority opened an investigation last March following news reports about a job posting for white women only.

A spokeswoman with the authority said at the time that the hospital job posting was exceptional and connected to a patient suffering from dementia who was disruptive in the presence of racialized staff.

Last September, an Indigenous woman named Joyce Echaquan filmed herself being mocked by health-care workers as she lay dying in a hospital in Joliette, Que., northeast of Montreal. A coroner's inquest is investigating the circumstances around her death.

"We need a systemic investigation and the human rights commission has the power to do it,” he said.

This report by The Canadian Press was first published on May 27, 2021.