OTTAWA — Prime Minister Justin Trudeau says he believes his own Liberal MPs and politicians from all parties need to do better to create safer spaces for victims of sexual assault and harassment when they are invited to share their experiences with p
May 4, 2021 12:54 PM By: Canadian Press 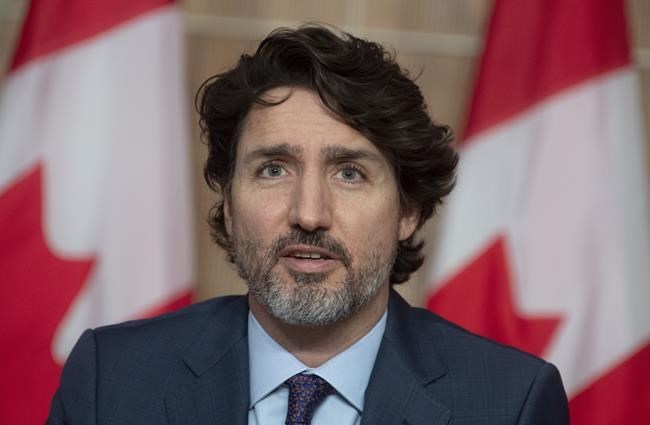 OTTAWA — Prime Minister Justin Trudeau says he believes his own Liberal MPs and politicians from all parties need to do better to create safer spaces for victims of sexual assault and harassment when they are invited to share their experiences with parliamentary committees.

His comments come after sexual violence survivors and advocates say they were treated rudely and, in some cases, felt re-victimized when they testified at committees where MPs appeared more concerned with partisan jockeying than listening with compassion.

Trudeau said he believes it's important for "everyone" to take a more trauma-informed approach to dealing with victims and those who work with them on the front lines.

"We all have to do better. We all need to take this seriously," he said Tuesday in Ottawa.

Several Commons committees have been inviting survivors of sexual assault, exploitation and trauma to share their experiences and recommendations for change, including the status of women and national defence committees, which are each looking into sexual misconduct allegations in the Canadian Armed Forces.

Some of the women who have testified have expressed anger at the way they were treated during their hearings, notably over being cut off for time while speaking or not given resources to feel supported in opening up about their often harrowing past experiences.

When asked if he believes reforms are needed to the strict procedural rules that govern Parliament, Trudeau would only say he believes all institutions, both public and private, must do better to create more supportive environments for victims.

"Our institutions in general, whether it be the Canadian Armed Forces or Parliament or workplaces across the country, need to do a better job of creating a supportive environment in which people who have experienced unacceptable actions are able to come forward and engage in a process that is going to support them and get consequences," Trudeau said.

Even further, these institutions need to create environments in which these inappropriate actions don't happen in the first place, he said.

He added that he is confident his Liberal caucus and MPs of all parties want to make improvements that would provide better supports for those invited to share their experiences.

NDP Leader Jagmeet Singh added his voice on Tuesday to those calling for reforms and training to ensure those called upon to help inform better law and policy are not re-traumatized by interacting with parliamentarians.

“We certainly need to do a better job of making sure that there is that sensitivity and understanding when it comes to questions that are being posed, that are trauma-informed, that do understand the sensitivity, the difficulty and how hard it is to talk about experiences," Singh said.

At one meeting of the ethics committee last month, advocates speaking on behalf of sex workers described getting caught in the crossfire of MPs trying to "talk over" them and engage in partisan procedural shenanigans, which eventually ended up shutting down the meeting, cutting their appearance short.

This has culminated in calls by a number of victim advocates for the House of Commons and political parties develop a more trauma-informed approach to dealing with vulnerable witnesses.

On Monday, Liberal, Conservative and NDP MPs and committee chairs expressed support for the notion of specialized training in talking to witnesses about sensitive issues and possible recommendations to the House of Commons to provide better physical and mental health supports for witnesses in the future.