OTTAWA — Conservative Leader Erin O'Toole wants Derek Sloan booted out of his party's caucus but it's not entirely up to him.
Jan 20, 2021 1:00 AM By: Canadian Press 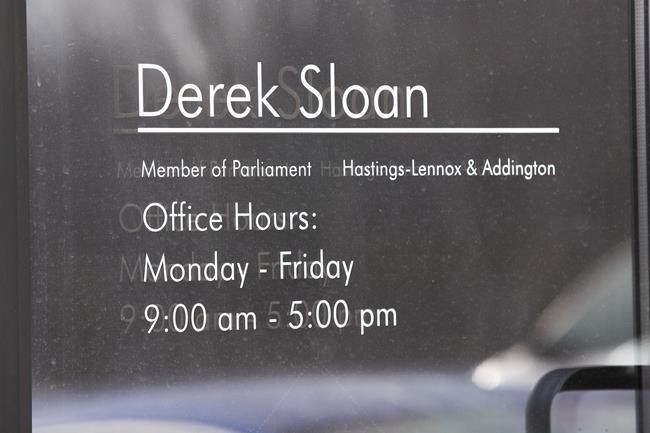 OTTAWA — Conservative Leader Erin O'Toole wants Derek Sloan booted out of his party's caucus but it's not entirely up to him. Here's what needs to happen:

Conservative MPs will have to vote on the matter, thanks to their decision to adopt a provision of the Reform Act, legislation introduced by one of their own, Michael Chong, and passed in 2015.

Under the act, each party's caucus must vote at its first meeting after an election on whether to adopt the various provisions enshrined in the legislation, which is aimed at rebalancing power between MPs and their party leaders.

Following the 2019 election, only Conservative and Bloc Québécois MPs voted to give themselves the power to decide when to expel a caucus member.

Consequently, in order to remove Sloan, 20 per cent of Conservative MPs — 24 of the party's current 121 MPs — had to sign a notice seeking a review of Sloan's membership in the caucus.

The matter must then be put to a vote by secret ballot, which is set to take place Wednesday morning. A majority of MPs must support expulsion for Sloan to be ejected.

O'Toole said Monday he wanted Sloan's fate decided as quickly as possible after learning that his former rival accepted a donation during the leadership race from a well-known white nationalist.

This report by The Canadian Press was first published Jan. 20, 2021.