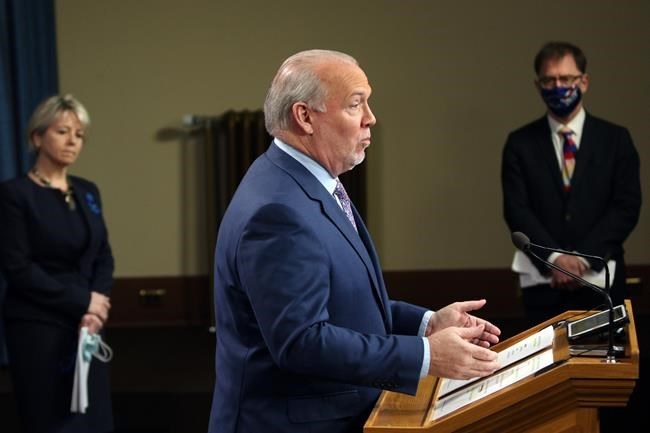 Vancouver police data shows anti-Asian hate crimes rose from a dozen in 2019 to 142 incidents in 2020, a 717 per cent increase, while general hate incidents doubled.

Premier John Horgan said Thursday there are difficulties in prosecuting hate crimes, partly due to having to prove the crime was race-related, as opposed to violent crimes, but it is important to do so.

“We need to ensure violence against people of colour is not just treated as violence but, in fact, hate crimes,” he said during a media availability. “If you’re going to turn against people because of the colour of your skin, you will be prosecuted to the full extent of the law.”

Horgan referred to recent incidents of people of Asian descent being attacked in the United States, saying similar incidents can occur in B.C.

The provincial government is working on anti-racism legislation and Public Safety Minister Mike Farnworth has reached out to police forces to emphasize the importance of prosecuting hate crimes, Horgan said.

The premier could not confirm the specifics of the legislation, saying that consultations are being conducted over what it should contain.

Horgan said the Education Ministry is also working with school boards and looking at anti-racism discussions and dialogues in classrooms.

"We need to make sure we're talking about these issues all the time. Prevention starts by people stepping up when they see intolerance," Horgan said.

Queenie Choo, the CEO of SUCCESS, a community service group for newcomers to Canada, said there are likely far more hate crime incidents that have gone unreported.

"I'm sure this is just the tip of the iceberg," she said.

A clear definition of what constitutes a hate crime, combined with anti-racism legislation, is one immediate step the provincial government can take, Choo said.

"What are the consequences when people behave like this?" she said. "Are people being held responsible for their behaviour?"

Chinese Canadian advocates have previously discussed how the initial rhetoric around the COVID-19 virus, such as some labelling it the "Wuhan virus" or the "China virus," damaged the community.

Horgan made his comments as he launched a new co-working space for public service employees in Langford, B.C.

— By Nick Wells in Vancouver.

This report by The Canadian Press was first published Feb. 18, 2021.