What airlines, other industries got in $900B relief bill 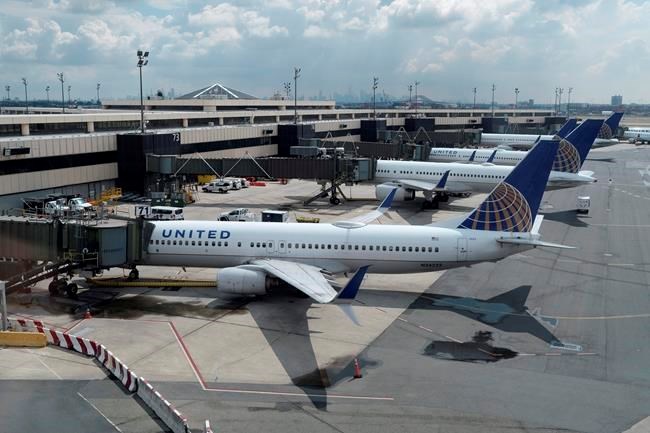 At a mind-numbing 5,593 pages, Congress' $900 billion pandemic relief package covers a lot of ground. The bill passed Monday establishes a temporary $300 per week supplemental jobless benefit, a $600 direct stimulus payment to most Americans and a new round of subsidies for hard-hit businesses, restaurants and . It also provides $82 billion for education, $10 billion for child care and $25 billion in rental assistance. Food stamp benefits would temporarily be increased by 15%.

The longest piece of legislation in U.S. history also has numerous clean-energy provisions sought by Democrats with fossil fuel incentives by Republicans, $7 billion to increase access to broadband, $4 billion to help other nations vaccinate their people, $14 billion for cash-starved transit systems, $1 billion for Amtrak and $2 billion for airports and concessionaires.

Here’s a look at what some industries are getting in the bill, which President Donald Trump is expected to sign in the coming days.

The airline industry, which was crushed in the spring and summer as people shunned travel because of the virus outbreak, got $15 billion and an extension of their Payroll Support Program from the previous rescue bill in March. The money must be used to pay employees' salaries, wages and benefits and the airlines are required to recall furloughed employees who were let go in October, when the previous payroll support program expired. Tens of thousands of airline workers will likely return to work soon.

Live venues and , which have been completely shut down or limited to a fraction of their regular capacity since March, are also getting $15 billion. The bill lists eligible businesses as live venue operators or promoters, theatrical producers, live performing arts organization operators, museum operators, and movie operators. The live entertainment industry has been one of the hardest hit by the pandemic, with many storied venues already shutting down for good. Businesses desperately need the funds as they are likely to remain closed in most places through winter as infections remain elevated.

There’s no specific provision in the bill for restaurants, but they can benefit more than before from the Paycheck Protection Program.

For example, restaurants can tap into the PPP a second time at 3.5x monthly payroll. This compares with 2.5x for other industries. Eligibility puts a 300-employee cap per restaurant location, compared with a 300 allocation cap for other industries. Tax deductions include certain business expenses paid with PPP loans, such as payroll, rent, mortgage interest, utilities and other allowable expenses. This applies to either a first draw or a second draw PPP loan.

The Work Opportunity Tax Credit is being extended by five years, supporting restaurants that hire, train, and keep employees from target groups. Business meals will be fully deductible next year and in 2022, which is double the previous deductible amount.