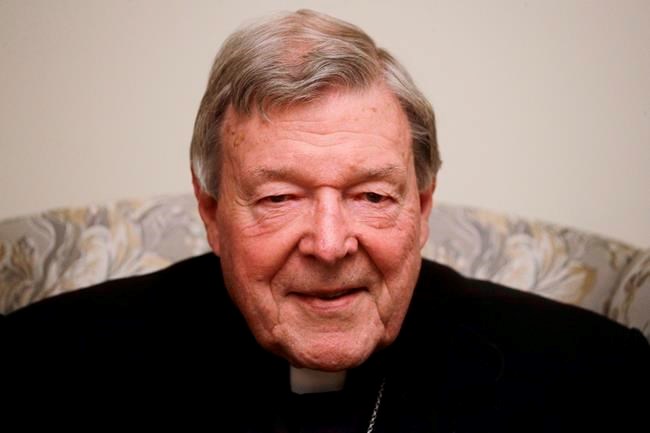 Dozens of companies, reporters and editors were charged with contempt and breaching a suppression order over their coverage of the convictions, which were banned from publication in Australia until February 2019.

Such suppression orders are common in the Australian and British judicial systems. But the enormous international interest in an Australian criminal trial with global ramifications highlighted the difficulty in enforcing such orders in the digital age.

No foreign news organization has been charged with breaching the suppression order. The U.S. Constitution’s First Amendment would prevent such censorship in the United States, so attempting to extradite an American for breaching an Australian suppression order would be futile.

Pell’s five convictions have since been overturned by the High Court and he has returned to the Vatican after spending 13 months in prison.

The media businesses and journalists had been on trial in the Victoria state Supreme Court in Melbourne since November last year. The trial began two years after charges were first laid.

But the case was resolved on Monday after the 12 corporations agreed to plead guilty to 21 charges of breaching a suppression order made by the trial judge.

In exchange, prosecutors agreed to drop the remaining 58 charges, including 46 against individual reporters and editors.

No Australian media company published a straight news report of Pell’s convictions, but some directed their audiences to international online reports.

“The world is reading a very important story that is relevant to Victorians,” the newspaper said, referring to residents of Victoria state.

The newspaper said it was prevented from “publishing details of this significant news.”

Prosecutor Lisa Di Ferrari told Justice John Dixon, who had been hearing the trial without a jury, that given the acceptance of responsibility by the corporations, it was in the public interest to withdraw the remaining charges.

The court was told the media companies would pay the legal costs of the prosecution. A pre-sentence hearing will begin next week on Feb. 10.

It is not clear what financial penalties the businesses could face. But several high-profile journalists had faced the prospect of serving prison sentences if they had been convicted.

The details of Pell's first trial were suppressed to prevent prejudicing jurors in a second child abuse trial that Pell was to face three months later.

That second trial was due to a lack of evidence so the suppression order was lifted.

Because there was no second trial, no one is alleging that breaching the suppression order caused any harm. But lawyers agree that an absence of harm will not be a factor in determining punishment.