DALLAS — Just how bad was 2020 for the airline industry? The six biggest U.S. airlines lost $34 billion, and Southwest suffered its first full-year loss since Richard Nixon was president and gasoline sold for 36 cents a gallon.
Jan 28, 2021 2:11 PM By: Canadian Press 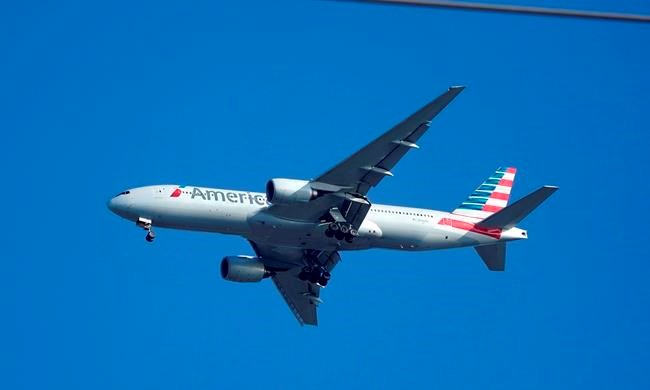 DALLAS — Just how bad was 2020 for the airline industry? The six biggest U.S. airlines lost $34 billion, and Southwest suffered its first full-year loss since Richard Nixon was president and gasoline sold for 36 cents a gallon.

It was a disaster for airlines, worse than or the global financial crisis — some very small carriers didn't survive it — and the new year is off to a grim start.

On Thursday, Southwest, American and JetBlue reported that they lost a combined $3.5 billion in the final three months of the year. All issued dismal revenue outlooks for the current quarter that echoed similar pessimism from Delta, United and Alaska, which posted financial results earlier.

The airlines are looking past spring and hoping that as more people are vaccinated against COVID-19, carriers can salvage something from the peak summer vacation season.

But even that cautious optimism is threatened. Yes, the number of new reported cases of coronavirus in the U.S. have eased in the last few weeks, but they remain high. And now a halting rollout of vaccines threatens to further delay a recovery in travel and the travel industry.

President Joe Biden reinstated COVID-19 travel restrictions this week on most non-U.S. from Brazil, the U.K. and South Africa. There is also a new U.S. requirement that non-citizens provide proof of a negative test for COVID-19 before boarding a flight to the United States.

On Thursday, as airlines reported results, a new coronavirus variant identified in South Africa was found in the United States for the first time, with two cases diagnosed in South Carolina.

“Travel restrictions on international have resulted in a reduction in demand,” American Airlines CEO Doug Parker said. “We have seen that particularly on the short-haul international travel, things like Mexico and the Caribbean.”

The airlines support testing international , viewing that as a way to eliminate other border barriers and quarantine requirements. However, they are dead-set against testing within the United States, calling it costly and impractical.

A top official at the U.S. Centers for Disease Control and Prevention said this week that the health agency is “actively looking” at testing passengers before they board domestic flights.

Southwest CEO Gary Kelly argued that the U.S. has limited testing capacity and should focus its virus-control efforts on vaccinating people faster.

With travel likely to remain weak for several more months, airlines are continuing to slash costs and encourage workers to leave. Federal aid has averted more furloughs, at least through March. Airlines short on revenue have amassed tens of billions of dollars from private lenders and taxpayer-funded relief to help them get through the pandemic.

The focus is now on the rate of cash burn, a balancing act that is essential to riding out the global pandemic. American said it will lose $30 million a day in the first quarter. Southwest expects to burn $10 million to $15 million a day.

Wall Street analysts expect the airlines will lose money again this year, although not as much, according to data compiled by FactSet.

American Airlines Group Inc. reported a loss of $2.2 billion in the fourth quarter and $8.9 billion for all of 2020 after earning nearly $1.7 billion the year before.

Fourth-quarter revenue dropped more than 64%, to $4.03 billion, and the Fort Worth, Texas-based airline predicted a similar trend for the first quarter of 2021 — it expects revenue to lag year-ago numbers by 60% to 65%.

American expects to burn about $30 million a day in the first quarter, roughly the same pace as the fourth quarter.

Shares of American rose as much as 31% before closing up 9%. Analysts say American is now caught up in volatile trading that has seen other stocks, notably GameStop, become wrapped up in a battle between small investors and short sellers. Parker declined to discuss the situation or say whether American would issue new stock while the share price is elevated.

The fourth-quarter loss amounted to $3.86 per share, after removing special gains. Analysts expected a loss of $3.92 per share, according to a survey by Zacks Investment Research.

Southwest posted a $908 million loss for the fourth quarter, compared with a profit of $514 million a year earlier, and said bookings have stalled in the face of high numbers of new reported cases of COVID-19.

Kelly said vaccine availability “should mark the beginning of the end of this pandemic” even if current passenger bookings aren't showing it.

Southwest's adjusted loss of $1.29 per share was smaller than Wall Street expected. Analysts in the Zacks survey predicted $1.69 per share.

JetBlue reported a loss of $381 million, after reporting a profit in the fourth quarter of 2019. The New York-based airline said its adjusted loss was $1.53 per share, compared with the average forecast loss of $1.72 per share in the Zacks survey.

David Koenig can be reached at www.twitter.com/airlinewriter