Stecher was one of Team Canada's most productive players in the 3-2 overtime win over Finland
Jun 7, 2021 10:48 AM By: Alan Campbell 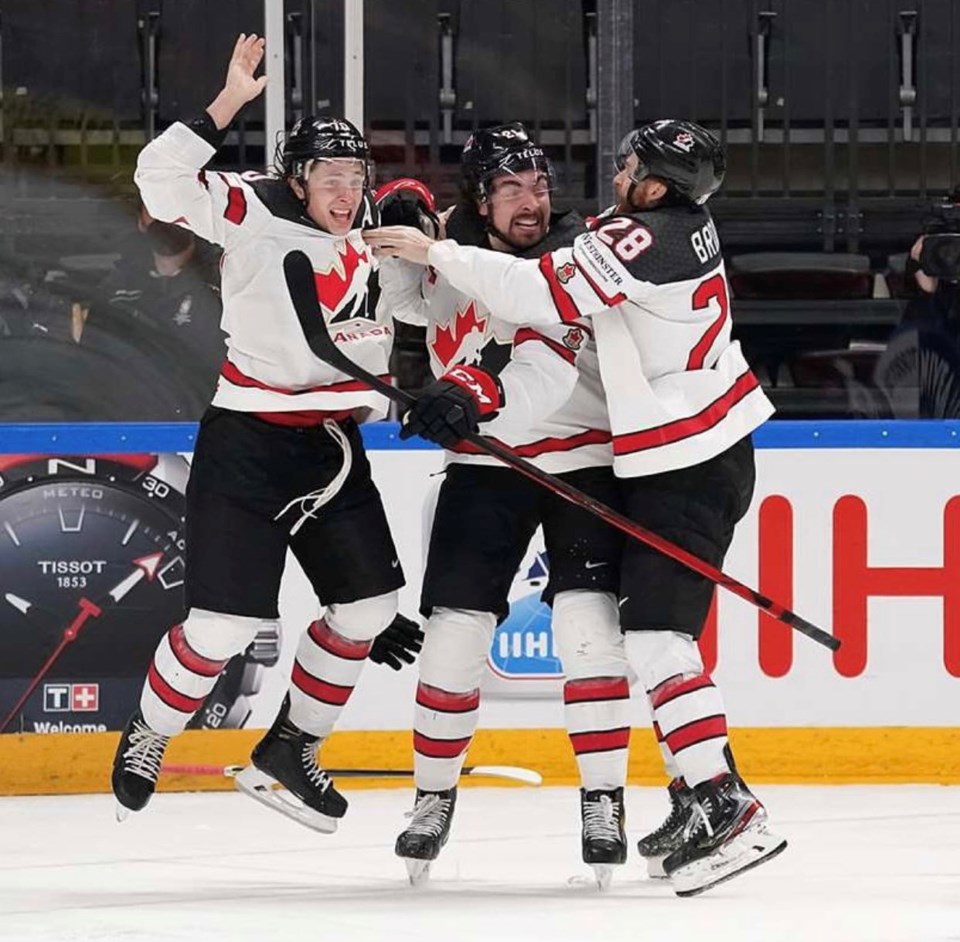 Richmond’s own Troy Stecher was one of the Canadian heroes Sunday when the country bagged the World Championship title over Finland.

Despite having a terrible start to the 2021 IIHF Men’s World Championships in Latvia, Team Canada won the gold medal game with a 3-2 overtime victory.

It followed on from their win over the U.S. on Saturday, who went on to win bronze, with a 6-1 crushing of Germany.

Former Vancouver Canuck Stecher, 27, led all skaters in the final, 27:46 time on the ice and tied for most shots on Team Canada – four.

After the win, he posted on his Twitter account: “IIHF World Champions! Next stop: Richmond Country Club.”

Earlier, the United States claimed bronze with a 6-1 win over Germany. Sunday's result was sweet revenge for Canada, which denied Finland in its quest to win back-to-back world titles for the first time.

The Finns beat Canada 3-1 in the 2019 world championship final. The 2020 tournament was cancelled due to the COVID-19 pandemic.