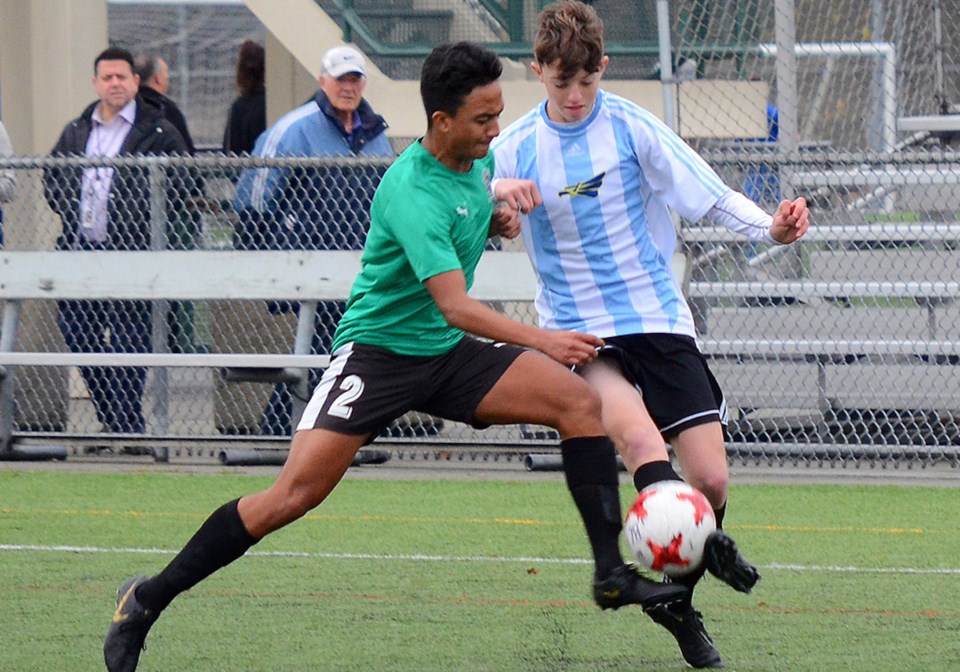 McRoberts Strikers battled Alpha to a 1-1 draw during round-robin action at the BC AA Championships in Burnaby this week. The would go on to finish ninth.Cornelia Naylor/Burnaby NOW

The Richmond schools qualified for the 16-team event by finishing first and second respectively at the inaugural South Fraser AA playoffs. The Strikers edged the Marlins 2-1 in the zone final played two weeks ago in Newton.

McRoberts finished third in their pool group with a 1-1-1 record — defeating Caledonia (3-0), playing Alpha to a 1-1 draw and dropping a 3-0 decision to eventual fourth place finisher Brentwood College.

The Strikers moved onto consolation play where they trimmed St.Michael’s University (3-2) and Sa-Hali to place ninth.

The Marlins were making their first provincial tournament appearance in several years and it was a rough start out of the gate.

McNair dropped a 5-0 decision to eventual silver medalist St. Thomas Aquinas, then fell 4-0 to Carihi. They closed out preliminary play with a 3-0 loss to LV Rogers.

The boys rebounded to defeat Brooks 1-0 before settling for 14th place after a narrow 3-2 defeat to Caledonia.