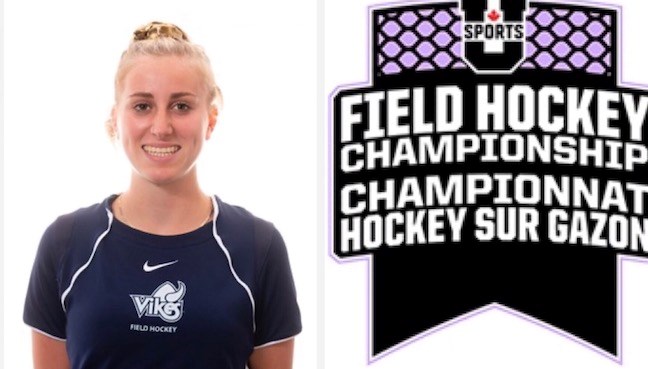 Richmond Field Hockey alumni and McMath grad Georgia Booker was among the scorers in Victoria's 3-0 game one win over Guelph in the USport national finals.UVic Athletics

The host Vikes capped a two-game sweep of Guelph Gryphons with a 3-1 win on Saturday at the UVic Field Turf.

The victory gave the Vikes their second straight national title, the first back-to-back banners since 1994 and 1995. It was also the 13th championship in program history and first on home turf since 2008.

Booker is a third-year defender who is studying social sciences at UVic. She was among goal scorers in Friday’s 3-0 game one victory.

The McMath graduate followed her older sister Delaney to the provincial capital school where she concluded her university career last season.

UVic will also be hosting this weekend’s U Sport National Women’s Soccer Championships.