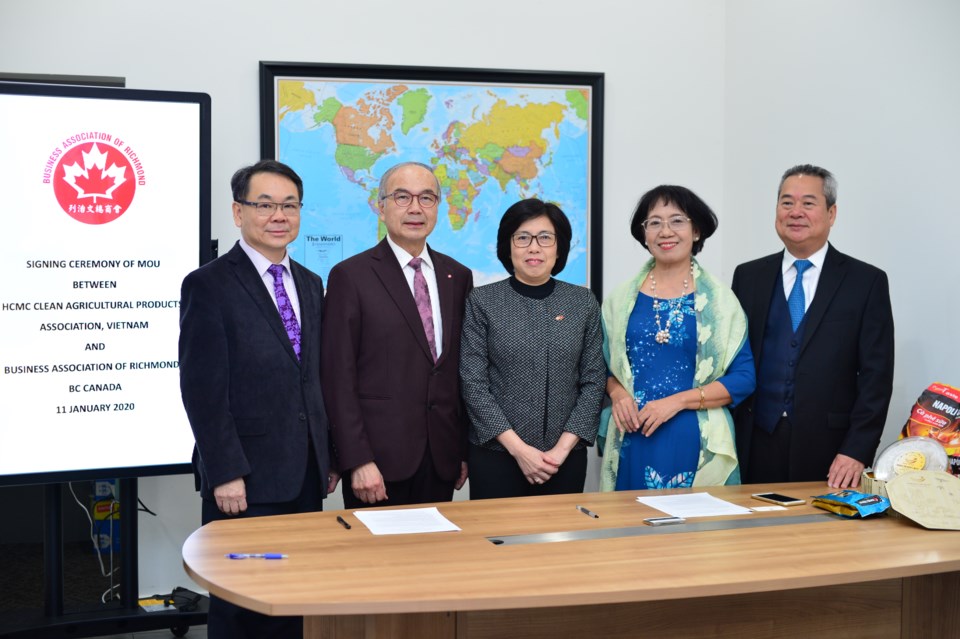 Sunny Ho, the spokesman for the Chinese association, which formed in 2017, said it has no intention of misleading people.

Although, the Chinese characters are identical for both groups except the business association adds “greater” in front of its name.

“We don’t intend to take any advantage,” Ho said about the name of the business association, adding that the association uses both the English and Chinese names together. However, the media release sent to the Richmond News about a Jan. 11 event was written solely in Chinese, calling itself the Greater Richmond Chamber of Commerce.

The CEO of the Richmond Chamber of Commerce, Matt Pitcairn, however, said using the Chinese name with “chamber of commerce” is “very inappropriate.”

The Richmond Chamber of Commerce is the local designated chamber of commerce of which there can only be one per community, according to the federal Board of Trade Act.

“It creates serious brand confusion for the chamber of commerce,” Pitcairn said. On social media, Pitcairn called him the business group an “imposter.”

Equally troublesome for Pitcairn is the fact local and provincial politicians recently supported the association by attending an event it hosted to encourage greater trade between its members and a Vietnamese agricultural business group.

Richmond Coun. Chak Au and the provincial Minister of State for Trade, George Chow, were joined by the Consul-General of Vietnam, Trinh Tu Lan, and the president of the Vietnamese agricultural group to co-sign a “letter of intent.”

Pitcairn was particularly frustrated with MLA Chow’s appearance, given that his government recently passed legislation to ensure that “chamber of commerce” couldn’t be used by any other group.

According to Chelsea Williams with the NDP caucus, Chow wasn’t involved in the event either as an MLA or as Minister of State for Trade.

His constituency staff said the event was not on his official agenda.

Chow has not responded to repeated efforts to contact him, and questions about his role at this trade-oriented event received a “no comment” reply from his staff.

After the signing event, Ho took delegates of the HCMC Clean Agriculture Association (CAPA) to visit his business, the Kam Do Bakery, where Ho’s wife gave them a tour.

CAPA is based in Ho Chi Minh City, Vietnam, and they promote themselves as selling agricultural products that are not polluted.

Ho is a property developer in Richmond. His current project, Alfa, is on hold as the contractor, Scott Construction, pulled out after citing delays by the developer.