The man found dead inside a Richmond business on Granville Avenue Friday evening has been identified by investigators.
Oct 19, 2019 6:07 AM By: Kirsten Clarke 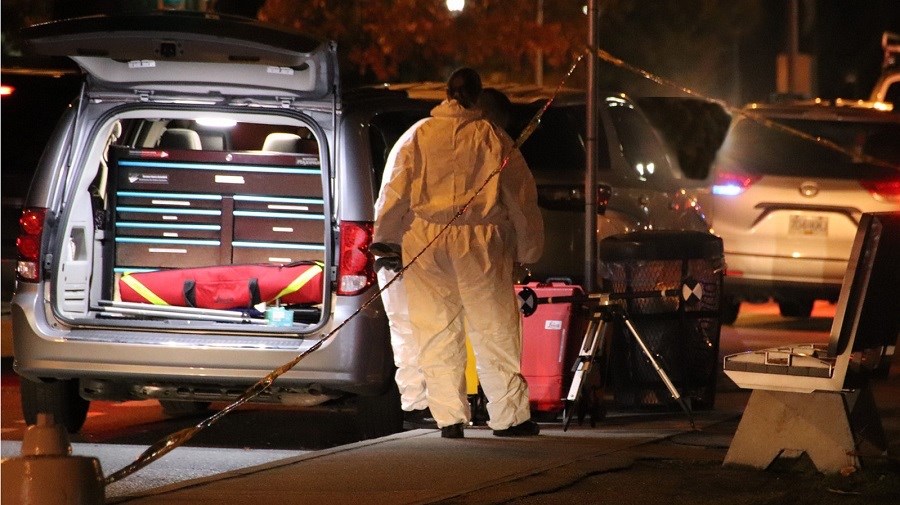 A 58-year-old notary public was found dead in his business on Granville Avenue Friday evening. IHIT is investigating.Shane MacKichan

The man found dead inside a Richmond business on Granville Avenue Friday evening has been identified by investigators.

Stephen Chong, a 58-year-old notary public, was found dead inside his business at 8260 Granville Avenue – which is in a plaza near No. 3 and St. Albans roads – at 5:30 p.m. on Friday, according to the Integrated Homicide Investigation Team (IHIT).

Chong's death has been deemed suspicious, but not random, by investigators.

“Based on the investigative theory in this initial phase, this does not appear to be a random act,” said Sgt. Frank Jang of IHIT, in a press release Friday night.

IHIT will be working with Richmond RCMP, the Integrated Forensic Identification Service and the B.C. Coroner’s Service to gather evidence.

Anyone with information is asked to call IHIT’s information line at 1-888-551-4448 or by email at IhitInfo@rcmp-grc.gc.ca

The 58yo man found dead under suspicious circumstances yesterday afternoon in #RichmondBC has been identified as Stephen Chong, a notary public. Mr.Chong was found in his office at 8260 Granville Ave yesterday at 5:30pm. Got info? Call #IHIT or @SolveCrime

#IHIT is in the 8200-block of Granville Avenue, #RichmondBC after a man in late-fifties was found dead inside a business around 5:30pm this evening. His death was deemed suspicious. Not believed to be random. Investigators are fully engaged and working closely with @RichmondRCMP pic.twitter.com/D5VhQhklbJ