The technology is already being used in major hotel chains and at Google's headquarters
Mar 5, 2021 12:50 PM By: Alan Campbell 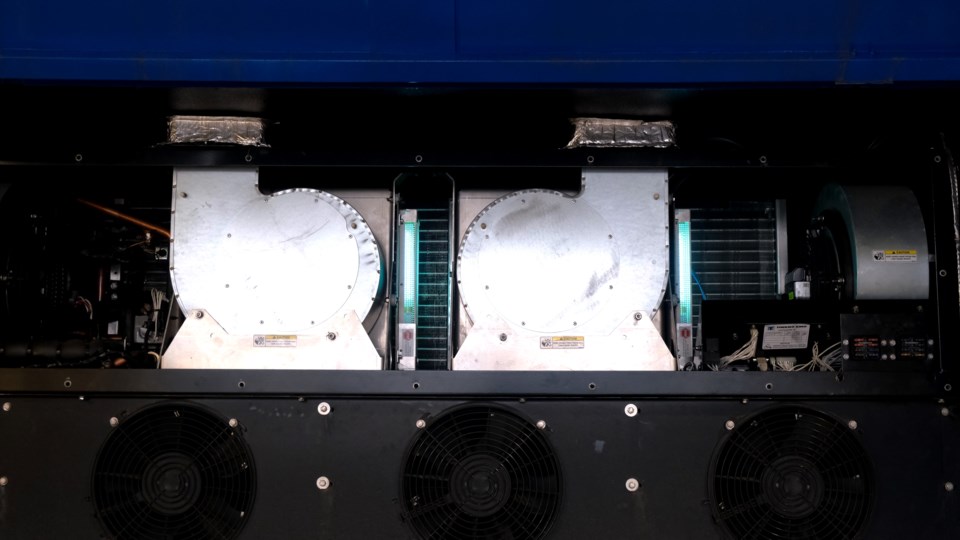 If you’re worried about the air and the surfaces on public transit buses, there may be a solution on the way.

Starting tomorrow, March 6, TransLink is testing technology which could sanitize the air and surfaces on board transit vehicles.

The tech, called “photocatalytic oxidation (PCO)” will be tried out over a month on a 60-foot articulated bus and two double-decker buses.

PCO works by circulating low levels of hydrogen peroxide to kill pathogens, such as viruses, including COVID-19.

The technology, which has been tested for safe exposure levels, is already used in other sectors, such as the hotel and restaurant industries.

“Photocatalytic oxidation is a safe technology and has been used in buildings owned by organizations like Google, Marriott, and Kennedy Space Center and we are optimistic that will it have a positive impact on our system.”

The PCO process occurs in the HVAC system, so transit riders will not be able to observe the process, but they may notice a subtle, clean scent.

The three buses being used for the testing will also have clear signage indicating that PCO is taking place.

Following the testing period, TransLink will analyze the data and determine if the technology meets the criteria for wider implementation.