Time to de-gunk the 'unflushables' from Richmond sewers

Richmond’s sewer system has taken a beating over the years, with troublesome grease from home kitchens clogging and jamming pipes that lead to Richmond’s two water treatment plants.
May 5, 2017 11:22 AM By: Graeme Wood 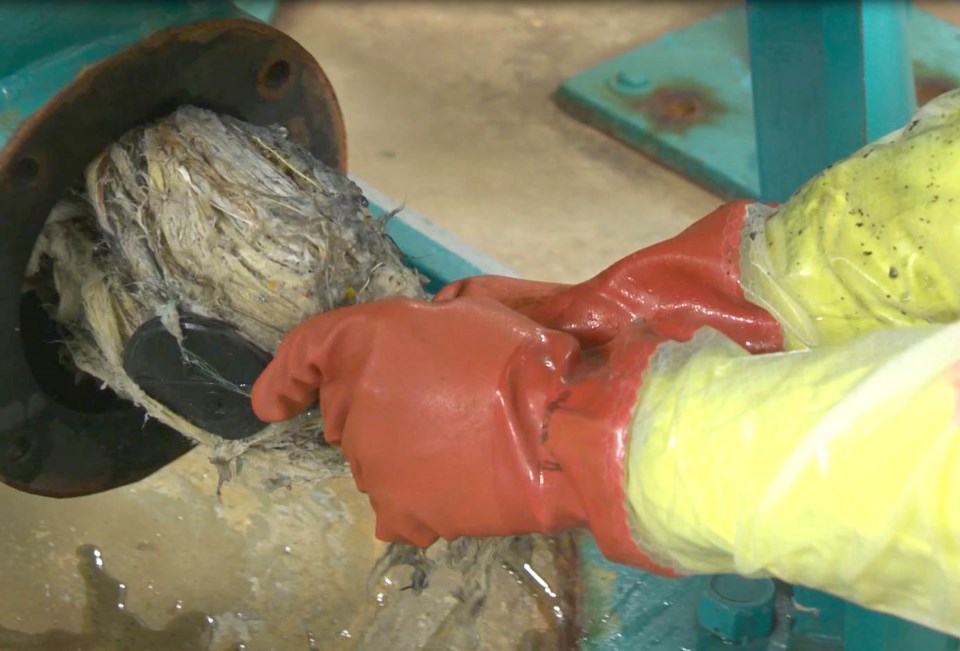 De-clogging sewer pipes is a costly endeavour when so many unflushables are sent down the toilet. Photo by Metro Vancouver

Richmond’s sewer system has taken a beating over the years, with troublesome grease from home kitchens clogging and jamming pipes that lead to Richmond’s two water treatment plants.

But equally problematic are the “unflushables,” items that do not disintegrate in water and clog the drains.

And so, Metro Vancouver’s regional government, which oversees sewage treatment, is beginning a public campaign to draw awareness to the problem, which costs Metro Vancouver about $100,000 each year.

“You wouldn’t believe some of the items that people flush, but it’s the everyday objects that people often don’t think about that can cause the biggest problems,” said Metro Vancouver Utilities Chair Darrell Mussatto.

The 2017 Unflushables campaign, noted Metro Vancouver, will focus on the worst offenders for clogged drains, such as wipes, paper towels, dental floss, hair, tampons and applicators, and condoms, as well as medications.

The latter item, in particular, can cause serious cumulative harm to the Fraser River ecosystem.

“Unused and expired medications should be disposed of properly at a local pharmacy,” said Mussatto.

“The campaign will build on the success of Metro Vancouver’s well-received ‘Never Flush Wipes’ campaign and the more recent ‘Wipe It, Green Bin It’ grease pilots in the cities of Richmond and Surrey,” stated a Metro news release.

Metro Vancouver spokesperson Greg Valou explained the problem is more pronounced in Richmond due to its topography.

“As for flat terrain exacerbating sewage issues — low-lying flat communities like Richmond tend to have more pump stations, since they cannot rely on gravity to bring wastewater to treatment facilities. More pump stations means there are more opportunities for clogs,” said Valou.