Harold Steves campaigned 50 years ago for a new museum for Steveston — he’s hoping before he ends his last term on council in 2022, it will finally be well underway.
Jul 16, 2020 9:31 AM By: Maria Rantanen 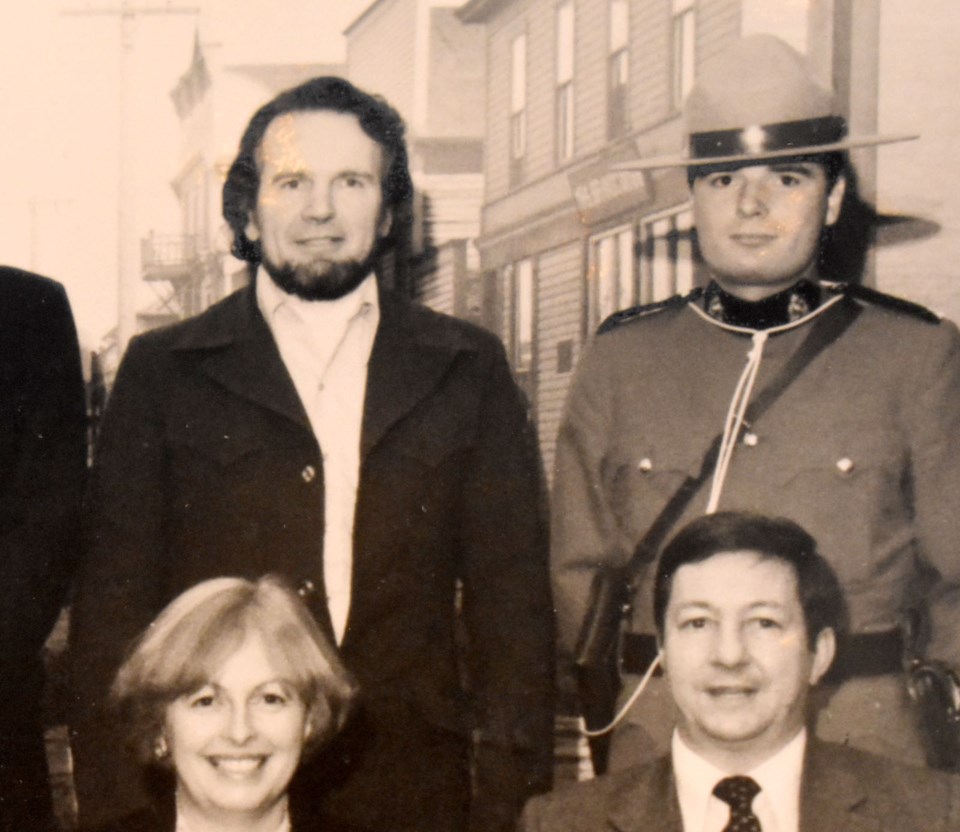 Harold Steves has been in politics for the better part of 50 years. Here he is on Richmond city council in 1981.City of Richmond photo

Harold Steves campaigned 50 years ago for a new museum for Steveston — he’s hoping before he ends his last term on council in 2022, it will finally be well underway.

With original plans for a museum in Steveston waylaid for several years by more grandiose ideas for a destination museum closer to the current city centre, Richmond council has now approved reconstructing the former Phoenix Net Loft with preliminary plans to make it into a museum.

“Some things take a long time,” Steves told the Richmond News with a chuckle.

Getting a museum built has only been one of his priority projects on council.

Steves announced his “retirement” from council in a tweet this past weekend, saying “the realtor farmers are waiting like vultures for the next election when I retire, leaving a vacancy, and voters forget to be vigilant.”

Steves was first elected to council in 1969, and then served as an NDP MLA in the Dave Barrett government between 1972-1975. During this time, he helped establish the Agricultural Land Reserve (ALR), overseen by the Agricultural Land Commission, which regulates activities on any ALR land.

He was re-elected to Richmond council in 1977 and has served as a councillor ever since.

One of the most important issues he’s advocated for was keeping the Garden City Lands as a centrepiece for agriculture. Council was able to buy the lands, which are located in the ALR.

“It probably ended up being the most important thing … we saved land in downtown Richmond and now we’re going to farm it,” Steves said.

Steves has been a vocal advocate for farming and local food security. He and his wife Kathy run an 11-acre cattle farm in Steveston.

Richmond Mayor Malcolm Brodie said Steves’ work on council and his contribution to community life has been “immeasurable,” with him regularly bringing interesting initiatives to the table “mixed with a very good dose of pragmatism.”

“Harold will bring in actual ideas… that impact on the evolution of our city, with an environmental flavour, but solid in many, many different ways,” Brodie said.

During council meetings, Steves will often give a quick historical synopsis on agenda items, often dipping into his archives, which Brodie said rival city archives for council documents, to find relevant background information on the topic of the day.

“The history that Harold Steves brings to the council table and the knowledge, the corporate knowledge, is irreplaceable,” Brodie said.

“There will definitely be a hole to be filled, and (Steves) does have very large footprints, which he will leave on the city,” he added.

Steves has often said he wouldn’t retire until Michael Wolfe was elected to council and after several runs, Wolfe was successful to get on council in the last election.

Steves still has two years left in his term, and one of his biggest priorities is to make sure the Garden City Lands become a stronger centre for farming.

In fact, he is hoping to see a greenbelt stretching from the Garden City Lands, the Department of Defence lands to its east and the Richmond Nature Park joined together as a centrepiece of agricultural viability within the city and region.

His other dream is to have all the original groups in the city, the First Nations, the Chinese, the Japanese and the Europeans, recognized for their historical role in establishing the first townsite of Richmond – Steveston – while the rest of the city was just a smattering of farms.

A museum at the soon-to-be-rebuilt Phoenix Net Loft is where it could all come together, he said.