A lawsuit by nine taxi companies to challenge ride-hailing was unsuccessful
Jan 22, 2021 3:06 PM By: Maria Rantanen 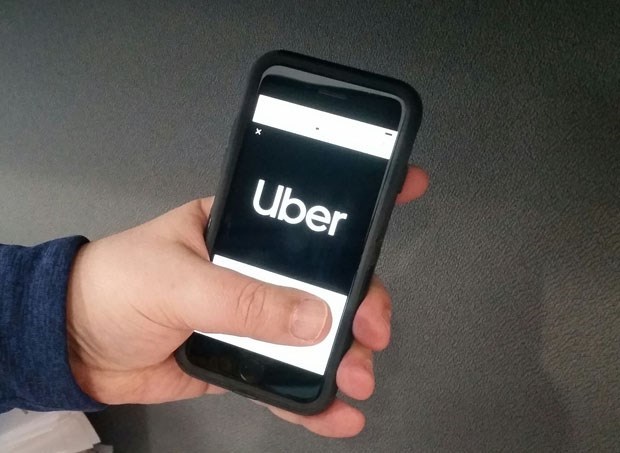 Ride-hailing launched one year ago in Richmond and across Metro Vancouver.Dave Willis photo

It’s been one year since the province started granting licences to ride-hailing companies in B.C., starting with Uber and Lyft, despite strong opposition and a legal challenge from the taxi industry.

Since then, however, there’s been a world-wide pandemic and demand for ride-hailing declined drastically just as they were lifting off.

The launch of ride-hailing last January was challenged by a group of nine taxi companies, including Richmond Taxi, but just this week a judge ruled the Passenger Transportation Board (PTB) was correct in allowing the ride-hailing companies to operate.

Michael Van Hemmen, Uber’s head of Western Canada operations said the ruling “went as we hoped it would go,” pointing out they don’t consider taxis their biggest competitor, rather personal vehicles.

After an “exciting” start in January with larger than expected growth, ride-hailing demand went down 70 per cent at the beginning of the pandemic, explained Van Hemmen.

The 70-per-cent drop was a global figure, but the decline was similar in Richmond.

Ride-hailing has been following the pattern of the pandemic, with an uptick when things started opening up in August and September, but then dipping again as COVID-19 numbers started to climb again in November, Van Hemmen said.

“The trips are different now — what you’ll see now is more daytime and commuting trips and much fewer late-night trips that were associated with social gatherings or heading to bars or entertainment venues,” he added.

But at least one offshoot of ride-hailing, Uber Eats, exploded as people stayed home to prevent the spread of COVID-19 — but ordered food in.

Lyft is “here for the rebound” in 2021, said Peter Lukomskyj, B.C.’s general manager of the ride-hailing company.

Seven weeks after launching in Metro Vancouver, the pandemic hit, so Lyft pivoted to provide rides to essential workers, even providing some ride credits to non-profits and health-care unions, Lukomskyj explained.

This year gave the company the ability to study ride patterns around Metro Vancouver, as people stuck closer to home or were tourists in their hometown.

While the focus now is health and safety, Lukomskyj said the company is “looking forward to realizing our full potential” when things go back to normal.

And while things didn’t quite go as expected in its first year of operations, Lukomskyj said he’s been pleased to see positive comments about Lyft’s service, highlighting the “human connection” between drivers and riders.