What does keeping track of kids tearing around a water park have to do managing the spread of COVID-19? Possibly a fair bit, according to the Richmond-based company Vantage, a subsidiary of WhiteWater West Industries.
May 16, 2020 4:00 PM By: Kirsten Clarke 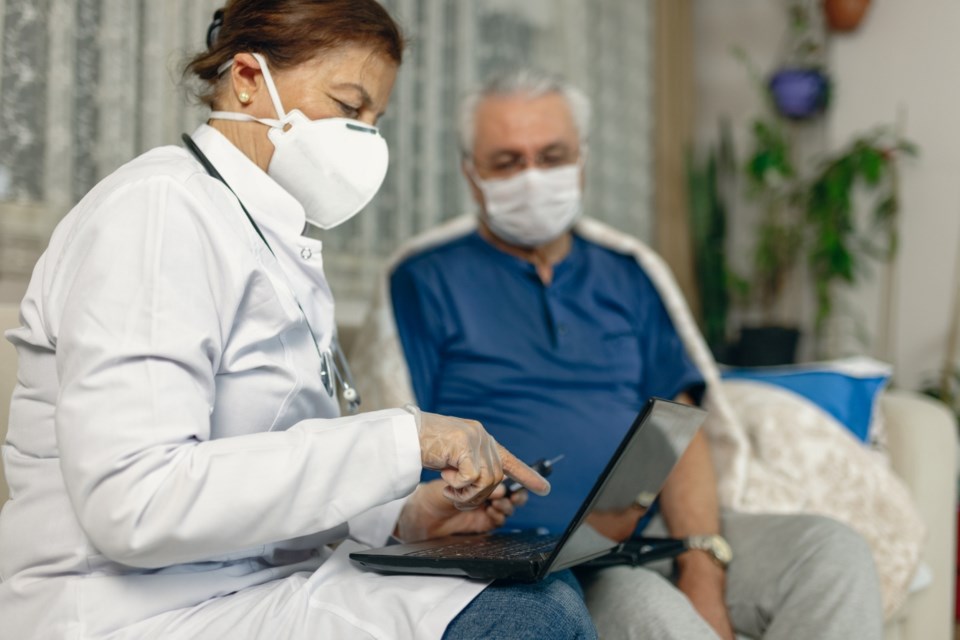 What does keeping track of kids tearing around a water park have to do managing the spread of COVID-19?

Possibly a fair bit, according to the Richmond-based company Vantage, a subsidiary of WhiteWater West Industries.

Vantage typically manufactures wristbands for waterparks to trace guests’ movements and show how they move around and behave in the facility. The technology is also transferable to other venues, such as resorts or museums – and now, it appears, places susceptible to COVID-19.

As the province begins to reopens, contact tracing will become a valuable tool in the fight against COVID-19. But many contact tracing technologies require a smartphone-based app, something that leaves vulnerable populations in the lurch, explained Vantage’s president Phillip Edgell.

His company plans to use its wristband technology to help fill the gap where smartphone-based systems fall short, said Edgell.

“About 70 per cent of people (in North America) own a smartphone, but the problem with the COVID-19 pandemic is the most vulnerable populations are actually the ones least likely to have a smartphone,” said Edgell, adding that seniors in care homes are one example.

And while 70 per cent of people do own a smartphone, some may not be able to have their phone on them during work hours, such as for safety reasons.

“So our unique niche would be, not in the general geography, but in a place such as a care home, or warehouse environment, or a hospital, where there’s a known population of people that you then equip with a wristband,” he said.

Those wristbands would check in with an on-site antenna every two seconds, using Bluetooth technology, to help trace people’s movements inside the facility.

That way, if someone is diagnosed with COVID-19, it would be possible to see who that person was in proximity to – including in which specific areas of the facility and during which shifts – over, for example, the past five days, said Edgell. Each wristband has a unique ID, and visitors to a facility could also be provided a temporary wristband, if facilities decide to implement that procedure.

“This isn’t going to prevent the spread of COVID-19, but what it is going to do is tell you who shouldn’t come back to work, who might need to be quarantined, who’d be most vulnerable and should probably be tested, given their proximity to, say, patient zero,” said Edgell.

And because the virus can live on surfaces for some time, said Edgell, the wearable device could also be attached to objects, such as televisions, that might be moved throughout a care home.

Smartphone-based contact tracing apps also use Bluetooth – which registers when another device, also with Bluetooth on, passes within six feet – but many people turn that function off due to privacy concerns, said Edgell. The system is also reliant on people downloading the app.

The uptick in contact tracing apps has raised a number of privacy concerns, such as how much information about an individual is shared.

For example, in South Korea – where officials have implemented aggressive contact tracing using cellphones, credit card purchases and closed-circuit televisions – the warnings shared when a COVID-19 case emerged were specific enough that people could be identified.

While Edgell acknowledges there are privacy concerns around contact tracing technology, he said the difference with the wristbands is they are confined to a specific space.

“This isn’t a general population, ‘Big Brother is watching you, you have no idea’ scenario,” he said. “This would be consent-based, because we have a wearable, and it’s going to be utilized in places where there’s a resident population as opposed to a general population.

“So there is some form of consent that would have to be done, but once that is done, it covers this (system) overall.”

The wristbands, he added, would only transmit the unique ID to the antenna, not information about who is associated with that wearable, which would be stored in a secure database that would be accessed only if needed – such as if there was a confirmed case of COVID-19. The antennas also only cover a specified area, and once someone leaves that area, their location can no longer be tracked.