Many Richmond soccer players are happy being back on the fields as the province slowly opens up from the spring pandemic lockdown. One of them, Eric Wong, couldn't wait to get back on the pitch after being stuck at home for two months.
Jul 25, 2020 9:30 AM By: Nono Shen 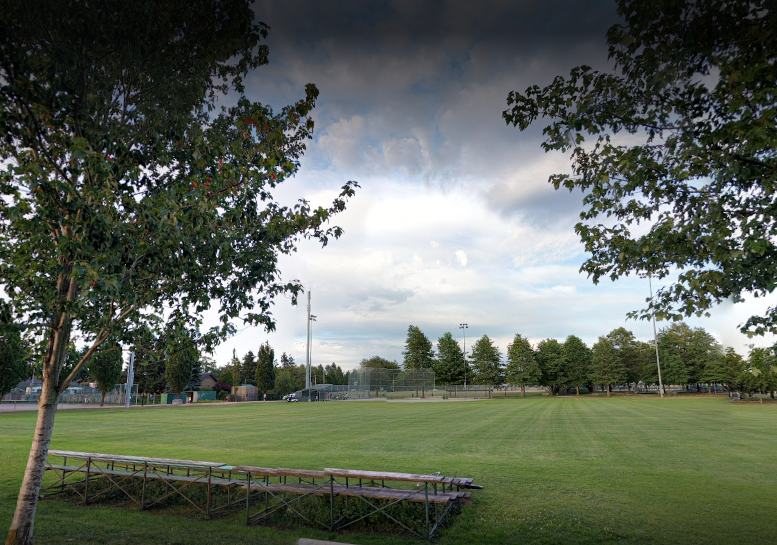 Many Richmond soccer players are happy being back on the fields as the province slowly opens up from the spring pandemic lockdown.

One of them, Eric Wong, couldn't wait to get back on the pitch after being stuck at home for two months.

However, Wong is now wary about putting on the cleats and heading out after running into conflict with another group over the use of the soccer field.

Wong told the Richmond News that his soccer friends used to meet him for a quick game on Saturday mornings around 7: 30 a.m. at King George Park before the pandemic struck.

And on July 5, they gathered at their "old place" as usual to have some fun.

A short while later, at about 8:15 a.m., they were approached by someone who seemed to be a soccer coach, according to Wong.

The “coach” then asked Wong's group to leave right away as he had rented the field with the city for morning training.

"I asked the coach if (he) had booked the place, ‘please show me your confirmation letter, then we will leave right away. Otherwise, we will leave at 8:50 a.m.’” said Wong.

The 8:15 a.m. timing seemed too early to be believable, said Wong, adding that the coach failed to produce any confirmation of his booking.

Wong said his team members all abide by the principle of “first come, first served" while accessing the soccer field in the morning.

"My understanding is that for players who haven't booked with the city were supposed to have access to soccer fields before 8:50 a.m. And they will leave the spot for others when the time comes,” said Wong.

Wong said he didn't take the issue seriously until his team members were approached again by a city staff member and two police officers, around 8:30 a.m.

"They suggested that we should leave since someone had already booked the place,” he said.

"We are all sports lovers who worship peace and love. And we have been playing at the same location for the last nine years, and then all of the sudden, this happened. My team members and I feel upset.”

It’s unclear why the RCMP were involved as, according to Wong, no one was being abusive or aggressive.

According to the city, anyone who has officially booked a field has priority and anyone using it when it has been booked by someone else must leave.

Anyone with a booking has the contact information for city staff should a conflict arise and are asked to bring along a printed copy of their field agreement to confirm access, according to a statement from city spokesperson Clay Adams.

"If a field has not been booked, people are still welcome to use it. However, they must adhere to physical distancing - and that means no organized or competitive games - and leave once someone who has booked the field arrives for their scheduled time.

"In some cases, this can involve a slightly earlier time if setup or other distancing procedures need to be put in place. Bottom line is the person or organization with a confirmed, valid booking has priority access," the statement continues.

Marius Roevde, chief executive of Richmond FC - Richmond's largest youth soccer club - said the particular incident isn't related to their club since they have no sessions starting until 11 a.m.
However, with COVID-19 guidelines in place, he noted that coaches might need more time for setup to meet the health authority and club's own safety standards.

In addition, Roevde observed that some “private arrangement” games in the early morning don't seem too bothered with the social distancing rules.

"There have been 7.30 a.m. ‘pickup games” with full contact since the fields opened in May. That is something we don't support because some people might think it's RFC…that arranges those sessions. We are not supporting that,” he added.

"Richmond fields are for all citizens of Richmond, and when they are not booked, I like to see the fields full of kids playing soccer. Fields full of activities are what we want at RFC."