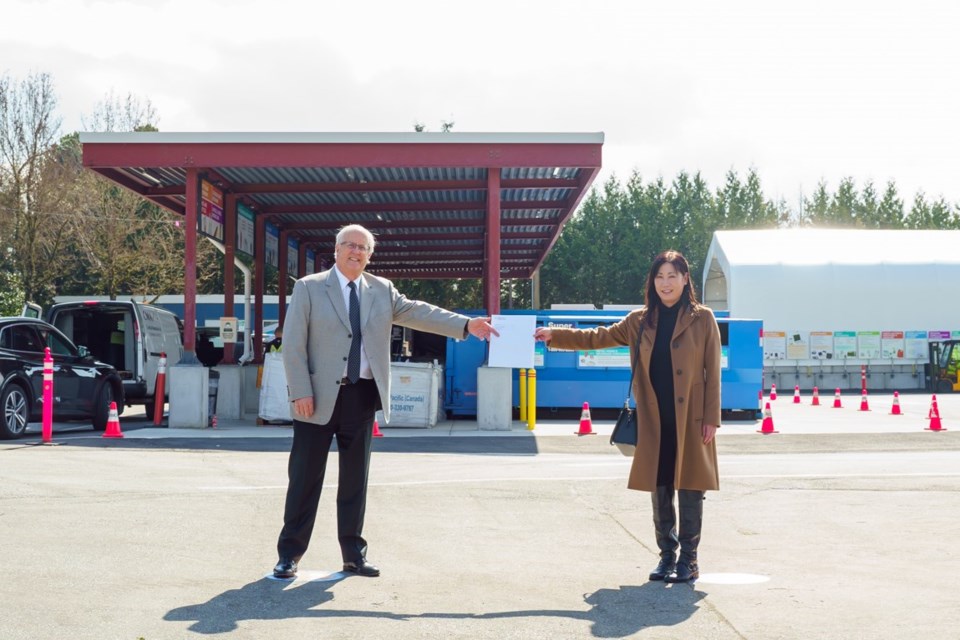 Richmondites won’t have to worry about getting soaked while sorting their recyclables at the city’s recycling depot thanks to its recent makeover.

New tent coverings, steel awnings and a classroom for future environmental programs are a few of the improvements the City of Richmond has made to its recycling depot thanks in part to a grant from Western Coast Insurance Services.

“Our goal in upgrading Richmond’s recycling depot is to improve user experience and broaden its scope of services,” said Mayor Malcolm Brodie.

The City of Richmond spent a total of $1.58 million to make improvements, of which $5,000 came from the insurance company’s foundation.

“The (Western coast Insurance Services’) community infrastructure grant aided in these upgrades, aimed to promote greater recycling as well as support the city’s established waste diversion targets and council’s commitment to the environment.”

“We are pleased to be a part of this effort to improve the recycling depot for our community to encourage more recycling in the City of Richmond,” said Ku.

Richmond also received the company’s Infrastructure Grant in 2018 and 2019, which went towards the New Brighouse Fire Hall No. 1 and an innovative bike storage system at the Minoru Centre for Active Living, respectively.