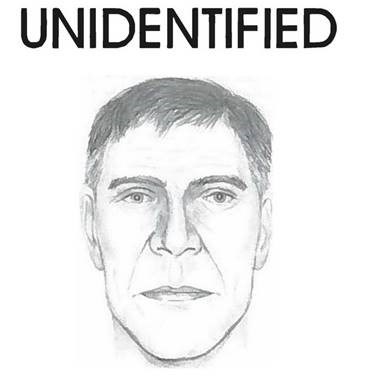 Richmond RCMP has made an appeal for information regarding a cold case involving a decomposed body that washed up in 2004.

According to the police, on the morning of July 8, 2004, they received a report of a body washing up on the shores of the Fraser River near Rice Mill Road – close to the north end of the Massey Tunnel.

The body, said the RCMP, was in an advanced state of decomposition, and the circumstances surrounding the man’s death are still under investigation.

The body is described as:

Given the advanced state of his decomposition, investigators believe the man was in the river for some time.

And as July is typically high-water season for the Fraser River, it is quite possible that he entered the water some distance upstream from where he was later discovered.

Investigators with the Richmond RCMP Serious Crime Unit have released a forensic facial reconstruction sketch in the hope someone may help to identify the man.

Should you wish to remain anonymous, please call Crimestoppers at 1-800-222-TIPS (8477) or visit them online at www.solvecrime.ca

Letters: Richmond schools should foster trust with police
May 2, 2021 8:11 AM