The City of Richmond’s district energy utility could service up to 50 million square feet over time with the signing of a memorandum of understanding between the Canada Infrastructure Bank (CIB) and Lulu Island Energy Company for a new energy project
Aug 1, 2019 1:00 PM By: Richmond News 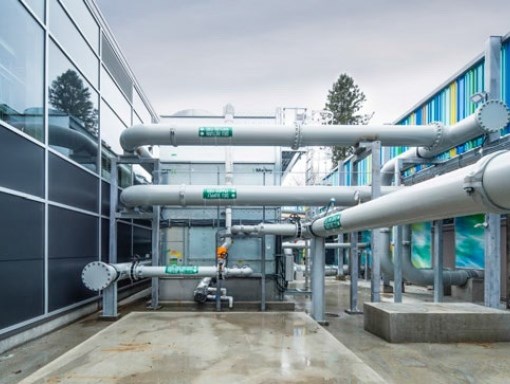 The City of Richmond’s district energy utility could service up to 50 million square feet over time with the signing of a memorandum of understanding between the Canada Infrastructure Bank (CIB) and Lulu Island Energy Company for a new energy project.

Lulu Island Energy Company is a municipal corporation established to implement and operate district energy utility systems. The City of Richmond currently has three district energy utilities (DEU): the Alexandra DEU, the Oval Village DEU, which services the waterfront community around the Richmond Olympic Oval, and the City Centre DEU.

The DEUs are a centralized way of producing heating and cooling systems in a neighbourhood using energy from central plants and other sources in the network.

The CIB is a Crown corporation tasked with building infrastructure in Canada. Its $15 billion budget will be used for transit, trade and transportation corridors and green infrastructure projects. CIB attracts investments from the private sector and institutions for revenue-generating projects that are designed to be in the public interest.

This is the Canada Infrastructure Bank’s first time partnering on a project in British Columbia. The CIB has specialized infrastructure expertise and this project is consistent with its mandate to advise on and potentially invest in green infrastructure projects that are in the public interest.

CIB and Lulu Island Energy Company will work with Corix Utilities, a provider of sustainable energy and environmental management solutions across Canada and the U.S., on a new system energy concession agreement.

Lulu Island Energy Company and Corix Utilities are currently developing the Oval Village District Energy system, where Corix is responsible for the design, construction, financing, operations and maintenance of the system, while the City of Richmond is regulating and setting rates for customers.

CIB’s work could lead to an investment in the project, subject to all standard due diligence and decision making.