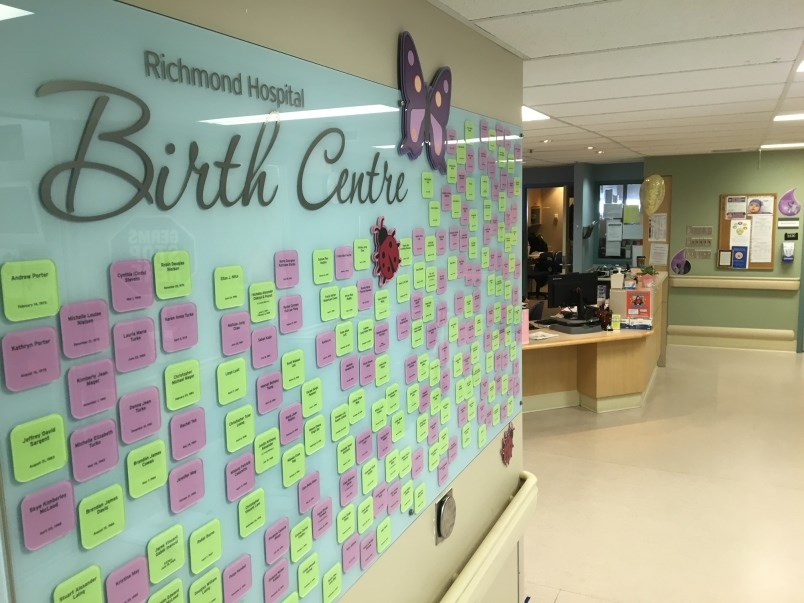 Births to non-resident foreigners at Richmond Hospital and Vancouver’s St. Paul’s Hospital have risen significantly in 2019, according to the latest interim data released by the facilities’ respective health authorities.

Both hospitals are on pace to well exceed their prior annual records of non-resident foreigners who, based on available data, are likely to be nearly all Chinese nationals engaged in a birth tourism arrangement – although it is not known explicitly.

Since 2011, in Richmond, non-resident births have risen from a few dozen per year to the point where local residents and hospital staff are voicing concerns about healthcare delivery and immigration fairness.

Over the past five years, just over 2,000 so-called “passport babies” may have been delivered in Richmond from non-resident, non-Canadian parents.

The B.C. Ministry of Health claims it is now inspecting these houses and scrutinizing diversion rates from Richmond’s busy maternity ward.

Canada is one of two Western countries, along with the United States, to offer birthright citizenship – a concept also known as jus soli – meaning babies born to two foreign nationals on tourist visas are granted automatic citizenship.

It remains unclear exactly what the federal government is doing to enact policies to curb the growing industry. To date, no enforcement measures have been announced, unlike in the U.S.

Richmond Hospital is now on pace – for the year ending April 1 – to deliver 549 newborns to non-resident parents.

From April 2019, the start of the hospital’s fiscal year, to late August 2019, Richmond Hospital delivered 221 babies from non-resident patients not enrolled in the provincial healthcare system, according to Vancouver Coastal Health. The annual average over the previous five years is 390 babies from non-residents, or 18.6% of all births.

The interim 2019 numbers show a total of 863 newborns delivered in Richmond, meaning 25.6% of births at the hospital were to non-residents. Last year (2018-19), the percentage of newborns from non-residents was a record 23.1%.

Meanwhile, St.Paul’s Hospital – B.C.’s second most popular hospital for non-residents giving birth – is on pace to deliver 177 babies from foreigners, according to Providence Health Care data from April 2019 to August 2019. That would break a record of 139 new Canadians from foreign parents set the previous year.

Nationality isn’t routinely tracked but a tabulation by Richmond Hospital officials in 2016 showed Chinese nationals accounting for 98% of non-resident births. According to some birth house operators, Richmond is a popular location for Chinese nationals due to the city's multilingual services and proximity to China as a Western country that allows such automatic citizenship.

Former Liberal MP Joe Peschisolido decried birth tourism as “an abusive and exploitative practice” in a July 2018 petition to Parliament. Peschisolido promised action from Immigration, Refugees and Citizenship Canada; however, its minister has made no announcements on policy reform. The ministry is now studying the matter.

Prior to the Liberal petition, Conservative MP for Richmond Centre Alice Wong asked for stronger action in 2016 via her own petition to end birthright citizenship.

The Conservatives still have ending jus soli in their official policy book (adopted in 2018); however, the party remained silent on the matter during the 2019 federal election. Wong and newly elected Conservative MP for Steveston-Richmond East Kenny Chiu (Peschisolido’s replacement) stated before the election that they oppose birth tourism but support birthright citizenship. Last week, when asked to clarify his position, Chiu said his pre-election response for a debate questionnaire should have been qualified. He said those on tourist visas should not have their babies granted citizenship and the government must tread carefully to ensure people in transition to residency are not labelled as birth tourists. He acknowledges concerns over establishing a bureaucratic process, but he says many Western nations, such as Australia, have made the transition in the past.

Among respondents to a March 2019 Angus Reid poll, 64% believe children born to parents who are here on tourist visas should not be granted Canadian citizenship and 24% said they should.

Ending birthright citizenship outright in the U.S. would be more difficult as it is enshrined in the Constitution. In the 1990s, it had bipartisan support but that has waned. U.S. President Donald Trump has voiced his opposition to the practice but has only chosen stricter enforcement measures to date.

The Trump administration cracked down on baby houses in Southern California as recently as January 2019 when authorities arrested 19 people with crimes such as immigration fraud, money laundering and identity theft. The charges stemmed from evidence baby house operators helped Chinese tourists lie to border agents.

As of last month, the State Department plans to amend its regulation on temporary visitors in the “B non-immigrant visa classification” to provide that a temporary visit “does not include birth tourism.”

This will allow U.S. border agents to deny entrants if a birth tourism arrangement is suspected. In Canada, a border agent has no such powers, particularly if the person entering is honest about the arrangement and can prove sufficient funds during their stay, according to Canada Border Services Agency.

Critics – such as Megan Gaucher, professor in the Department of Law and Legal Studies at Carleton University, and Lindsay Larios, a PhD candidate in the Department of Political Science at Concordia University studying reproductive justice – have recently likened birth tourism media reports as “dangerous discourse” that may be predicated on longstanding racist and sexist immigration legacies that “perpetuate the criminalization and surveillance of racialized pregnant non-resident women.”

They say the non-resident birth data is unclear as it doesn’t discern between a wealthy birth tourist and a vulnerable temporary resident whose motives may not be so explicit.

Indeed, while national numbers on non-resident births are on the rise, it is not known explicitly how many are due to birth tourism, since motives are not known.

Discharge data obtained from the Canadian Institute for Health Information by researcher Andrew Griffiths shows uninsured, self-paying non-residents accounted for 4,099 births in Canada in 2018, whereas they only accounted for 1,354 in 2010. Ontario accounted for 2,917 such births in 2018 whereas B.C. accounted for 712.

Other than Ontario’s large population, the high number of such births there could be because a non-insured, non-resident could be a temporary foreign worker before being enrolled in public healthcare or an international student. But in B.C., international students are included in the Medical Services Plan, unlike in Ontario, meaning non-resident birth stats in B.C. are likely more reflective of explicit instances of birth tourism than in Ontario.

B.C. Minister of Health Adrian Dix says he’s been asked a number of times what he is doing about the increased number of foreigners into maternity wards in Metro Vancouver.

Dix says he’s opposed to the practice but is mindful the numbers remain relatively small – about 2% of all births in the province are to non-residents.

“People get frustrated when I say that.”

He said his role as health minister is to ensure healthcare is delivered properly.

The Ministry of Health told Glacier Media, that it has investigated baby houses in Richmond, only to find no violations.

“Vancouver Coastal Health Authority inspectors have inspected presumed birth houses and found that there was no licensable care being provided, as defined under the Community Care and Assisted Living Act,” said ministry spokesperson Jean-Marc Prevost.

Dix said, “On the birth house question, if they were providing healthcare services there and not just accommodation services … they need to comply with the Community Care and Assisted Living Act – but they’re basically not” providing such services, asserted Dix.

Another concern raised by healthcare workers, such as nurses in the maternity ward, is the non-payment by non-residents.

The health authority says recovery rates are getting better – now at 92% of $5.4 million collected in the 2018-19 fiscal year at Richmond Hospital, for instance.

Richmond-Queensborough MLA Jas Johal has suggested the health authority charge a prohibitive fee for non-resident births; however, according to Prevost, this would be contrary to Section 10 of the Hospital Insurance Act, which “only allows health authorities to recover the costs of providing non-beneficiaries medical services; it provides no mechanism for charging for profit.”

That said, while fees are set on a direct cost-recovery basis, according to a ministry spokesperson in March 2018, such fees do not account for things such as the capital costs to build new hospitals (Richmond needs a new acute care tower) or the countless hours public officials and communities have put in over the decades to build a safe and regulated healthcare system.

As it stands, Vancouver Coastal Health charges $8,200 for a normal vaginal delivery and $13,300 for a C-section surgical delivery to uninsured patients.

Dix said charging above cost recovery, if it were permitted by law, would have unintended consequences, such as overcharging a person awaiting residency status and healthcare coverage or a non-resident Canadian citizen (which is rare since only one or two Canadians pay to give birth in Richmond as non-residents each year, on average).

“What you want to do is charge the cost of the care across the board and ensure that you collect the cost of care,” Dix said. “If you impose special taxes and fees, that has implications for the whole healthcare system.”

The minister also voiced concern about calls by some, such as Vancouver immigration lawyer Richard Kurland, to license and regulate the industry.

“The problem you have if you want to regulate that sector is effectively you’re officialising the role of these places, which we absolutely are not going to do – I am against this, birth tourism, and we’re dealing with it because we have to and we’re an open society and people come here – but if we want to deal with these questions you have to deal with it at the federal level.”

Nurses in Richmond have told Glacier Media, and more recently the CBC’s Fifth Estate, that non-resident patients are receiving better care. One stated to CBC this month that scheduled C-sections for non-residents are never re-scheduled, whereas local residents’ are.

Dix dismissed the allegations as well as concerns over diversions due to an overbooked maternity ward in Richmond.

“On diversion, in general this is not a significant issue” in Richmond, he said. “The biggest diversion issues I’m dealing with are in Fort Nelson or in First Nations communities.”

Vancouver Coastal Health says between April 2018 and September 2019 there were 16 diversions from Richmond Hospital and 15 diversions to it. In 2019, the authority conducted a staffing review that found the Richmond Hospital maternity ward is “staffed appropriately,” said Prevost. “They have had no capacity issues for labour or delivery in recent years.”

The health authority, via freedom of information requests, disclosed that in a six-month period in 2019, hospitals received $514,476 in cash from $3.25 million worth of maternity related charges. The health authority has been asked whether it reports to FINTRAC when receiving sums of cash over $10,000. Glacier Media has not received a response.