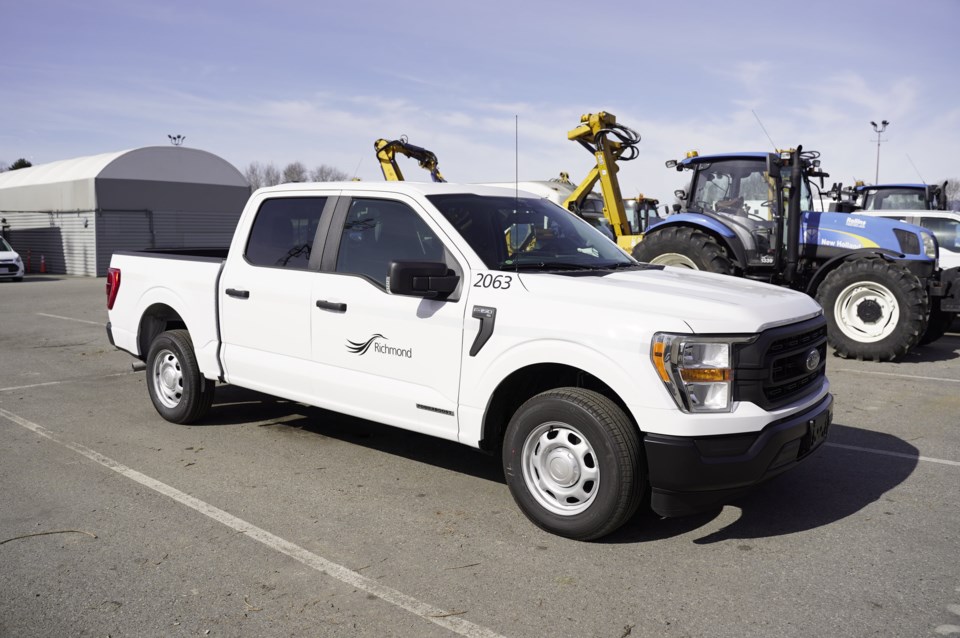 Richmond’s fleet is growing more sustainable with this new hybrid truck.City of Richmond

The City of Richmond will be transitioning to a sustainable fleet of vehicles with their new hybrid trucks.

According to Mayor Malcolm Brodie, the truck is the first of its kind in Canada and Richmond is the first city in B.C. to receive them.

“The city worked with Ford Canada to develop requirements for hybrid and electric vehicles that meet the realistic needs for work trucks in municipal environments, and we are pleased to see progress in this area and introduce them to our fleet,” said Brodie in a media statement.

The battery of the trucks is charged by a “regenerative braking system,” which recaptures energy that is normally lost while coasting or braking, as well as the gas engine.

When the truck is at a complete stop, everything from the radio to the heat runs off the hybrid battery allowing it to create zero emissions.

While the trucks runs on 430 horsepower and can tow up to 5,445 kilograms such as work equipment trailers, they can also be used as a mobile generator to power equipment when needed.

“The city has targeted its vehicle fleet to expand on this ongoing shift towards green operations, which includes acquiring vehicles that have lower emissions and cutting fuel consumption and greenhouse gases,” reads the city statement.