An environmental conservation group wants to protect salmon habitat in Sturgeon Bank in west Richmond and is asking for Richmond council’s support.
Sep 12, 2020 10:47 AM By: Kirsten Clarke 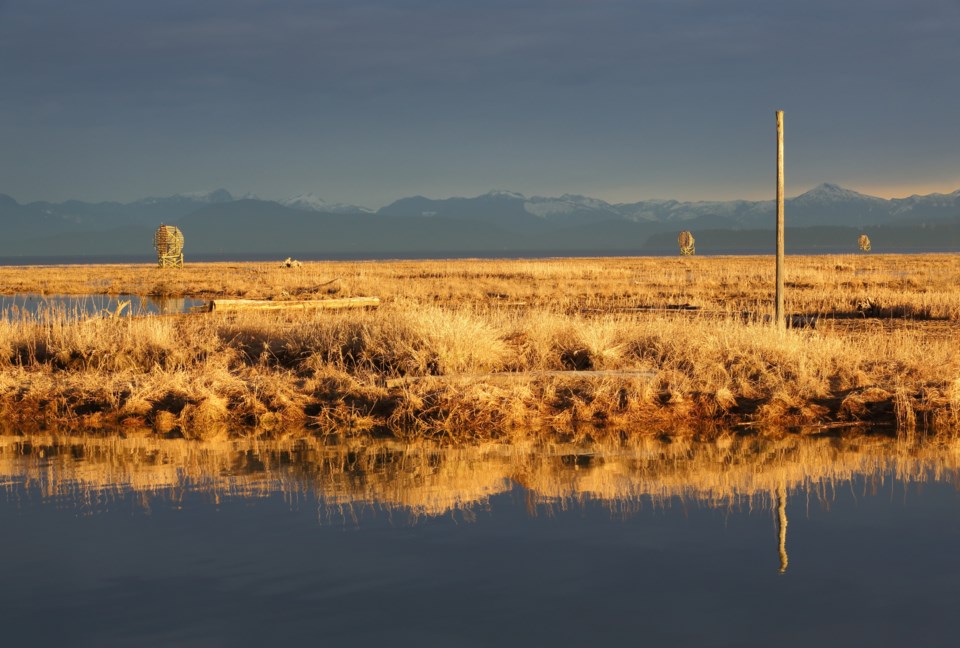 An environmental conservation group wants to protect salmon habitat in Sturgeon Bank in west Richmond and is asking for Richmond council’s support.

The South Coast Conservation Land Management Program, an umbrella organization for several conservation groups, is hoping to secure funding from senior levels of government for three salmon restoration projects in Sturgeon Bank, a strip of marshlands and mudflats that runs from Garry Point to Terra Nova.

Sturgeon Bank plays an important role in Richmond’s flood management – protecting the dike from wind-generated waves – and provides critical habitat for local fish, plants and wildlife, according to a City of Richmond report.

It’s also an area that all five species of Pacific salmon utilize at some point in their life cycle.

However, mapping data shows there’s been significant marsh recession and about 160 hectares of marsh vegetation has died since the 1980s.

The expression of interest for federal/provincial funding is being submitted by Ducks Unlimited Canada, in partnership with the conservation umbrella group alongside the Lower Fraser Fisheries Alliance and the Raincoast Conservation Foundation. Ducks Unlimited is a private, non-profit organization that works to conserve natural habitats, but it is largely funded by hunters.

While Coun. Harold Steves voted in support of the expression of interest, he said he was “dubious” on whether the project would work.

Steves said he has documentation, since the retaining wall was put up along the Steveston Jetty in 1978, showing that not only the marsh is gone, but also a sizable portion of mudflat.

He explained at Tuesday’s committee meeting that about 10 to 12 kilometres of mudflats has been eroded.

“So rebuilding a bit of marsh habitat may not even work,” he added. “I’m a bit skeptical, because if you don’t build up the mudflat beyond it, it’s going to erode this land away again.”

The three projects are all in the concept stage of design, according to the city report.

One project is a pilot study to introduce sediment from the Fraser River to the southern portion of Sturgeon Bank using a temporary, floating pipeline, which would transfer river sediment to offshore intertidal areas.

The other projects include constructing the North Arm Jetty Breaches – which would restore fish passages for juvenile salmonids and improve sediment transport from the South Arm to Sturgeon Bank – and breaching a historical dike in Alaksen National Wildlife Area to restore ecological connectivity.

The Alaksen wildlife refuge is located south of Garry Point in Delta.

If the expression of interest is successful, additional work and analysis would be done to further define the scope of the projects, according to the city report, which would also require environmental permitting and stakeholder engagement.

If successful, the City of Richmond would give an in-kind contribution of staff time equivalent to $60,000 over three years, for technical support. Staff time would be funded through existing budgets.