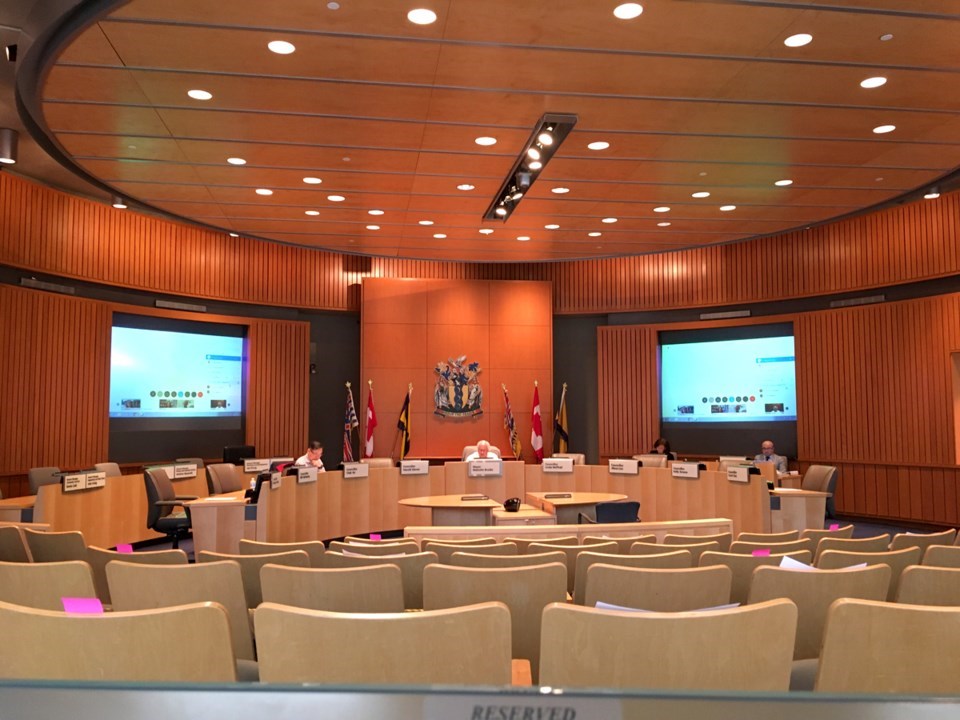 There is one vacant seat at the Richmond council table, which will be filled in a by-election on May 29.File photo

Anyone living in B.C. interested in running in Richmond’s May 29 by-election for one spot on city council can pick up their paperwork now.

To qualify, candidates have to be a citizen of Canada, but not necessarily a resident of Richmond. Candidates must have lived in B.C. for at least six months before filling out their paperwork to run.

By-elections are run according to provincial legislation.

The candidate nomination period runs from April 13 to 23, and candidates have to book an appointment with the Richmond Elections Office to submit their paperwork (notarized paperwork can be submitted by email).

The nomination papers are available at Richmond.ca/elections or from the elections office by appointment.

The council vacancy is a result of Kelly Greene stepping down in the fall after being elected to the provincial legislature.

The city is applying for a ministerial order allowing all voters to cast their ballots by mail, normally reserved for only those with extenuating circumstances.

Whoever wins the election will serve until a general municipal election is held on Oct. 15, 2022.