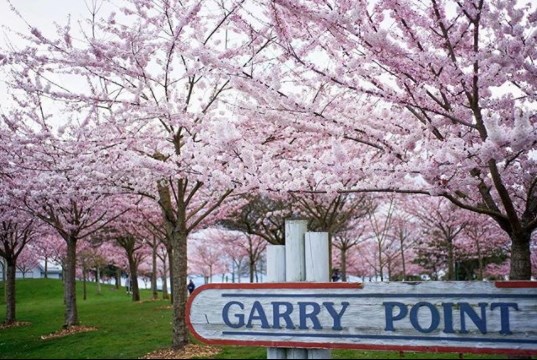 A disturbing incident at a Richmond park has led to an animal charity reminding people they are happy to take in their pets when they can’t look after them anymore.

The incident took place last Wednesday, May 23, at Garry Point Park when Kathy Miller claimed she witnessed a “horrific example of animal abuse.”

Miller said a woman got out of a white Audi convertible and proceeded to dump a cat out of a container.

“The cat was terrified and ran off,” said Miller.

“She saw me watching her and ducked behind her car for a few moments.  When she stood up again, I told her to get her cat before it ran further away or got run over.

“She finally walked to where the cat sat, terrified under a car.  I also told her that it was wrong to just abandon an animal like that when she could have taken it to RAPS or to the SPCA.”

However, Miller left the park to attend to a personal matter. According to her colleagues, the cat owner fled the parking lot soon after Miller left, leaving her cat behind.

“When I returned, one of my co-workers and myself tried for an hour to coax the cat out from under various cars,” she said.

“At one point, a dog chased it. The cat tried to go up a tree, twice, but failed each attempt. For me, it was very disturbing to see a cat panting like a dog due to the sheer terror it had gone through.”

By the time it was caught, added Miller, the cat’s paws were raw and bloody.

She then called in the Regional Animal Protection Society (RAPS), which soon responded and took the cat into its care.

“Luckily, I was able to give them the licence plate number of the person who committed this crime, so hopefully they can pursue charges against this cold and callous person,” said Miller.

Pat Johnson, RAPS spokesperson, told the Richmond News that the cat is healthy, is being cared for and has been named by shelter staff as “Francine.”

Johnson said the cat, a female, is about one and a half years old and sustained a torn claw, likely from the chase with the dog.

However, Johnson took the opportunity to remind pet owners that RAPS is a no-kill charity and doesn’t ask too many questions when animals are handed over to them.

“The very reason we exist is keep things like this from happening,” he said.

Johnson said the incident, including the apparent owner’s licence plate, was handed over to the BC SPCA.