TransLink is hoping to make bus travel quicker and more efficient on 20 corridors across the Lower Mainland, including in Richmond.
Jul 31, 2020 5:30 PM By: Kirsten Clarke 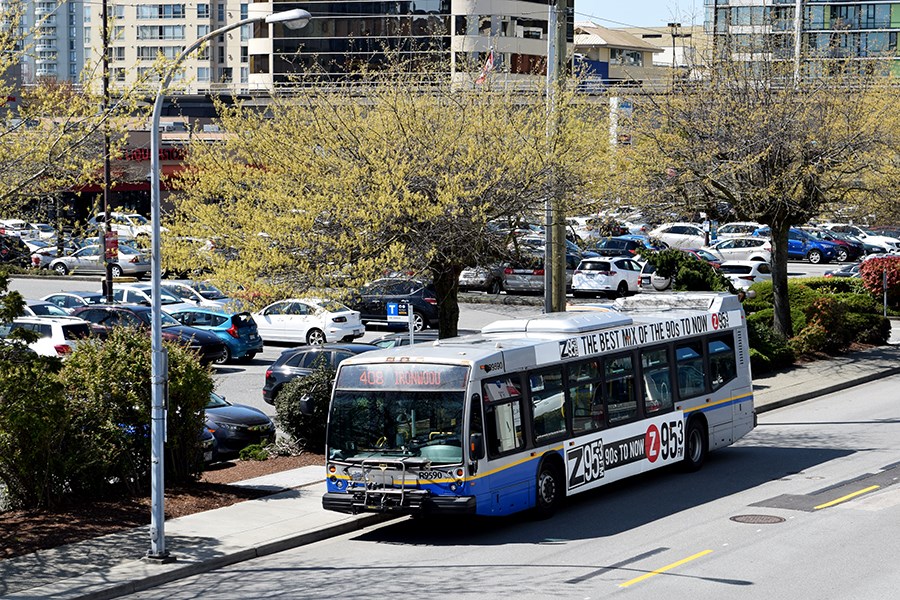 The 406 and 408 buses now stop on Ackroyd Road, just outside of PriceMart. Photo: Megan Devlin/Richmond News

TransLink is hoping to make bus travel quicker and more efficient on 20 corridors across the Lower Mainland, including in Richmond.

“Improving travel times for bus customers is critical to both increasing transit ridership and decreasing bus operating costs,” reads a report to TransLink’s Mayors’ Council, which met on Thursday.

The transit authority says it has worked with municipalities to identify routes that would benefit from bus priority.

Over half of the opportunities identified by TransLink are in Vancouver, while the rest are along “key corridors” in other communities, including Richmond, North Vancouver, Burnaby, West Vancouver and New Westminster.

Two corridors were identified in Richmond, along Highway 99 and No. 3 Road.

TransLink says that customers who travel through the areas identified by the report could save “as much as 10 minutes of travel time per round trip.”

The proposed changes include:

“We appreciate the challenges facing local businesses during the pandemic, which is why these recommended changes do not remove parking in local retail districts,” said TransLink CEO Kevin Desmond, in a release.

“Many of these changes would improve the travel experience for other road users, pedestrians and cyclists. Several proposed changes will create more space for patios and parking, supporting economic recovery and respond to public health requirements.”

The bus priority measures are estimated to cost around $2 million in funding, which has already been set aside.

“If all are implemented, they could generate an estimate $2 million per year in operating savings for the region, recuperating costs within one year,” reads a statement from TransLink.

Mayors’ Council Chair Jonathan Coté says that road congestion could become worse than it was before the pandemic, as people may opt to drive due to COVID-19 anxiety.

“Changing the region’s roads to improve the reliability of buses makes transit a more attractive option for people trying to get around during and after the pandemic,” he said in the release.

While municipalities have jurisdiction over their own roadways and will need to give TransLink approval before any changes are made, the transit authority says it will provide technical analysis, confirm funding and support engagement opportunities with the public and stakeholders.