Rail link for Massey crossing on the horizon

Future rapid rail transit at the George Massey crossing is one of the goals set down by the Ministry of Transportation and Infrastructure, as outlined in a document being dealt with by the Metro Vancouver board on Thursday.
Apr 25, 2019 5:21 PM By: Maria Rantanen 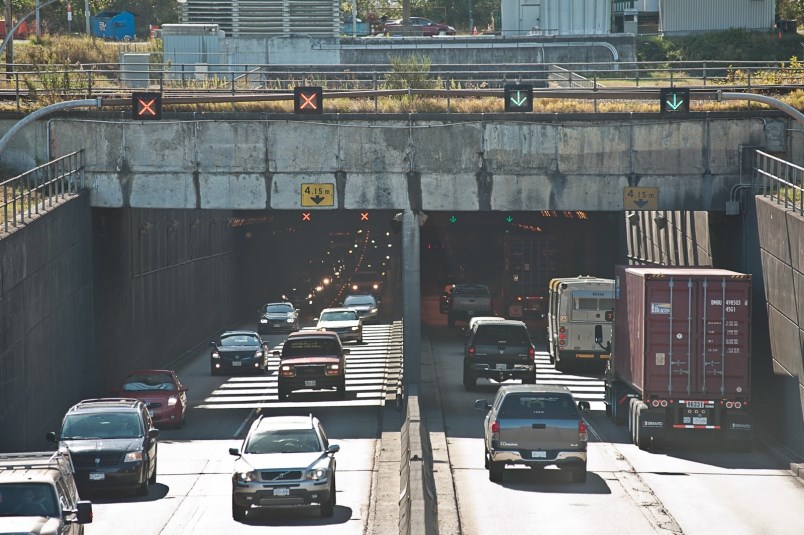 Future rapid rail transit at the George Massey crossing is one of the goals set down by the Ministry of Transportation and Infrastructure, as outlined in a document being dealt with by the Metro Vancouver board on Thursday.

As the province moves ahead with its plans to replace the George Massey Tunnel  – after cancelling the previous government’s 10-lane bridge plan – it has asked Metro Vancouver to endorse the goals and principles it has developed through this process.

Richmond Mayor Malcolm Brodie said he doesn’t have a prioritized list of what’s most important for Richmond on the list of goals and priorities – although a tunnel is preferable to a bridge - but he added the previous iteration of replacing the tunnel had several big problems.

“The fact was the project was absolutely massive, there were environmental concerns, concerns about the river, agriculture concerns, certainly the urban impact was going to be felt by the people in Richmond southeast Richmond, and on it goes,” Brodie said.

The principles of the project, as developed by the minister are alignment with regional goals, safety, reliability and connectivity. In addition to the rail link possibility, the goals include supporting the sustainability of the Fraser River communities and different modes of transportation, for example, high-occupancy lanes and pedestrian and bike lanes.

The ministry has asked the Metro Vancouver board to endorse their goals and principles.

As for a rail link, Brodie would prefer to have one sooner rather than later but said it will probably start as some form of B-line bus service.

“It would be challenging to have in the short run, but I think rail from the city centre of Richmond to Delta is a real possibility,” Brodie said. “What we’re trying to do is get people off the road and get them into public transportation.”

A letter from Brodie and the mayors of Vancouver, Delta, Surrey, White Rock and representatives of the Musqueam and Tsawwassen first nations was sent to John Horgan asking that any replacement or upgrade of the George Massey Tunnel be completed by 2025/26, stating they’re concerned that construction timelines currently being developed include a completion date of 2030.

The previous plans to build a 10-lane bridge would have included a large clover-leaf style intersection on the Richmond side – Brodie is pleased with the consultation with Richmond and the region this time around.

“The current government has been very communicative (…) they have shown a desire to better communicate with the cities and Metro Vancouver and so I’m far more hopeful we’ll get to the appropriate result,” Brodie said.