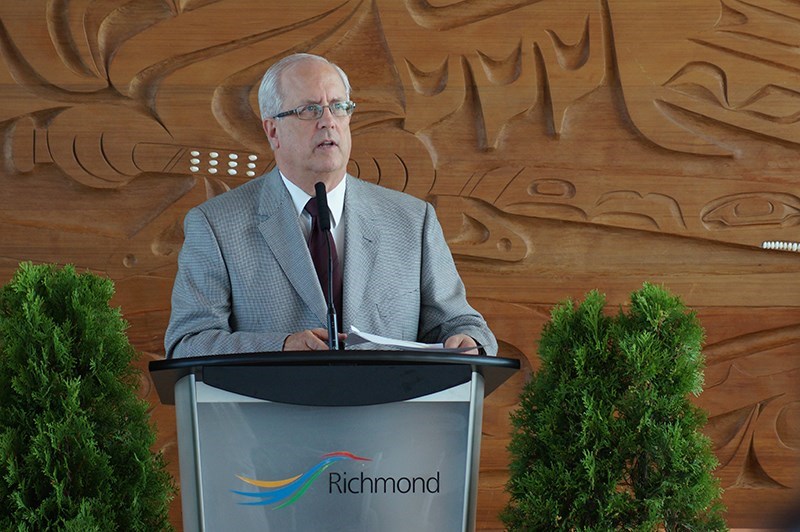 Businesses in Richmond continue to carry a heavier tax burden than residential properties.

About 8.5 per cent of properties are classified as “commercial,” but they pay about 34.6 per cent of all taxes collected by the city.

In an analysis of the city’s taxes on different property classes, a city staff reports Richmond has the lowest ratio when looking at residential-commercial breakdown of taxes compared to other large Lower Mainland municipalities.

Richmond Mayor Malcolm Brodie pointed out, historically, this split between business and residential used to be about 50/50.

Over the years, the tax burden has shifted more to residential properties.

Brodie said he thinks the amount of tax currently being collected on businesses and residential is “about the right place.”

“Nobody likes to pay taxes, everybody wants less taxes but you’ve got to to land on something,” he said.

Property taxes are the main revenue source the city has, but “it is by definition regressive and unfair in many ways, but that’s all we’re left with,” he added.

It’s estimated cities receive about eight per cent of all taxes collected.

“Property tax is a very blunt instrument and it’s unfair in many ways – it doesn’t move with the economy,” Brodie said.

Brodie currently sits on a Union of BC Municipalities committee that is trying to find a better tax regime that is fairer to cities.

UBCM approached the province several years ago to change the tax regime, but there was no uptick at that time from the provincial government.

The UBCM committee is updating its previous report, “Strong Fiscal Futures” and hopes to have it ready by mid-summer.

There have been discussions with the premier and minister of finance about looking at municipal taxes once the report is done, Brodie explained.

“I’m hopeful they’ll take a serious look at it,” he added.

The report on taxes is on the agenda for Tuesday's finance committee meeting.

The top 12.6 per cent of all commercial properties paid $99.6 million in municipal taxes.

Some of the top taxpayers in Richmond are Richmond Centre, which paid $2.4 million in municipal taxes in 2020 and Lansdowne (Vanprop Investments), which paid about $1.8 million.

YVR tenants, which comprise 244 businesses, paid about $6.3 million in municipal taxes, with its total taxes coming to about $9.5 million.

While the commercial tax class pays about 34.6 per cent in taxes, when combined with light industrial properties, this number is 41 per cent of all taxes paid.

The City of Richmond collected $241 million in property taxes in 2020.