Don Creamer found himself in a circle of fines and bureaucracy a few years ago that prevented him from getting his BC Identification Card (BCID), and consequently from using the library and community centre.
Mar 6, 2019 11:00 AM By: Maria Rantanen 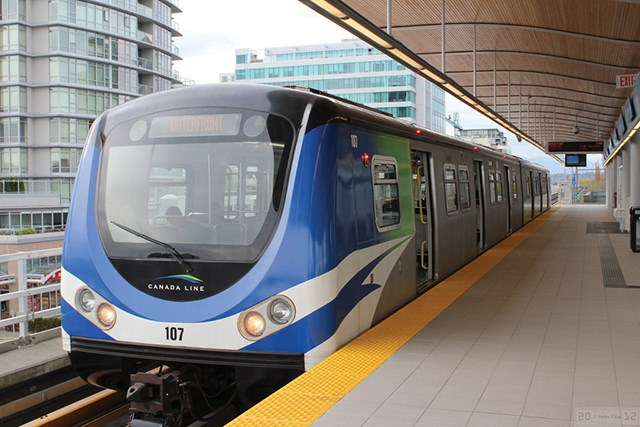 A Richmond advocacy group would like to see free transit for kids 18 and younger.

Don Creamer found himself in a circle of fines and bureaucracy a few years ago that prevented him from getting his BC Identification Card (BCID), and consequently from using the library and community centre.

Creamer received two fines amounting to $300 for being on the SkyTrain without a ticket, but because he was unable to pay them, they remained on his record.

When he went to renew his BCID, he was denied, and eventually, it turned into a “nightmare” when he tried to set up a bank account or use public amenities.

“If I was not able to pay the fare of $1.75 to board the SkyTrain, then how is it expected of me to pay a $300 fine?” he asked Richmond city council last week.

This continued for several years, and finally, when he became a senior citizen, he was forgiven the fines.

Creamer was at last Monday’s council meeting, along with fellow Richmond Poverty Response Committee advocate Phil Dunham, asking mayor and councillors to approve the All On Board transit campaign that calls for free transit for children 18 and younger, a sliding fare scale for low-income people and changes to TransLink’s fines.

Many low-income people are on welfare, Creamer said, but, because welfare rates are so low, they end up choosing between paying for transit or buying food and risk taking transit without paying.

Creamer said having those fines hanging over him restricted what he could do and made life difficult.

“It’s degrading first off, and it makes things hard to deal with,” he told the Richmond News. “You just feel really low.”

Since he retired, Creamer receives a cheap yearly transit pass and he uses the bus and SkyTrain a lot.

“It makes life so much easier,” he said.

In his presentation, Dunham told council that free transit for youth and children will “raise-a-rider,” encouraging transit use.

The sliding scale fares would help disadvantaged residents get to public amenities and changing the fines means non-profits wouldn’t have to use grant funds to help pay their clients’ fines.

Mayor Malcolm Brodie suggested the report be sent to staff and come back to a committee meeting with recommendations on how to move forward.

He asked staff to bring recommendations back in about a month.