Richmond's Pathways Clubhouse joined a select group of charitable organizations in Canada after being awarded a four-star rating for its open way of doing business and accessibility.
Jul 23, 2014 12:00 AM By: Philip Raphael 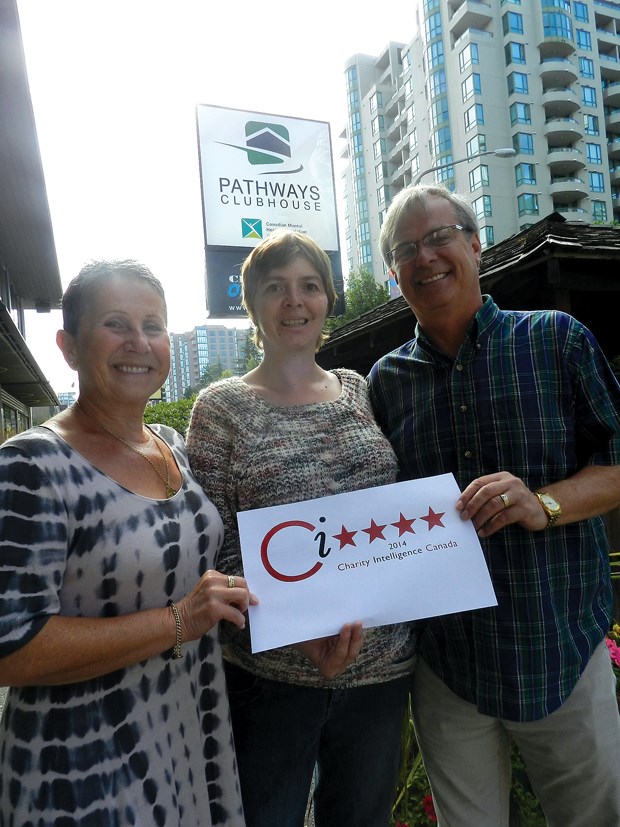 Richmond's Pathways Clubhouse joined a select group of charitable organizations in Canada after being awarded a four-star rating for its open way of doing business and accessibility.

Last week, Charity Intelligence Canada, which ranks how charities spend their money and the work they do gave Pathways recognition that a mere 15 per cent of similar organizations receive.

"We're thrilled," said Dave MacDonald, executive director of Pathways, in a press release. "While we appreciate the recognition for our work, we're also grateful for the focus it helps place on the importance of mental health services."

According to its website, Pathways offers hope, encouragement and opportunities to people whose lives have been shattered by mental illness by providing a supportive environment that focuses on each person's strengths and talents, rather than the illness.

The award is encouraging given Charity Intelligence Canada's task is, in part, to provide information to philanthropists on how to best direct their donations to charitable organizations, said Pathways spokeswoman Georgina Patko.

"Charity Intelligence helps make informed decisions for the best results of donated funds," said Patko, adding the organization's motto is: Be informed, give intelligently, have impact.

Giving credence to the impact Pathways can have was an independent review this spring showing that every dollar donated to the organization resulted in $14 of societal value to their members and the larger community.

The review was undertaken by Success Markets, which independently evaluates charity programs based on their investigation of expected and actual results realized by beneficiaries relative to program costs and risks.

On the more recent award from Charity Intelligence Canada, Pathways' MacDonald said, he hoped the recognition helps to cement mental health programs and services as a wise investment, and highlight the prevalence of mental health issues in the community.

There was some more good news for Pathways this week as the Fountain House/Clubhouse International - a pioneering organization that created a successful model Pathways has adopted to help those suffering from mental illness reclaim their lives and realize their potential through work and the support of a caring community - was selected to receive the 2014 Conrad N. Hilton Humanitarian Prize of $1.5 million.

The annual award is touted as the world's largest humanitarian prize and is bestowed on an organization considered to be doing extraordinary work to alleviate human suffering.