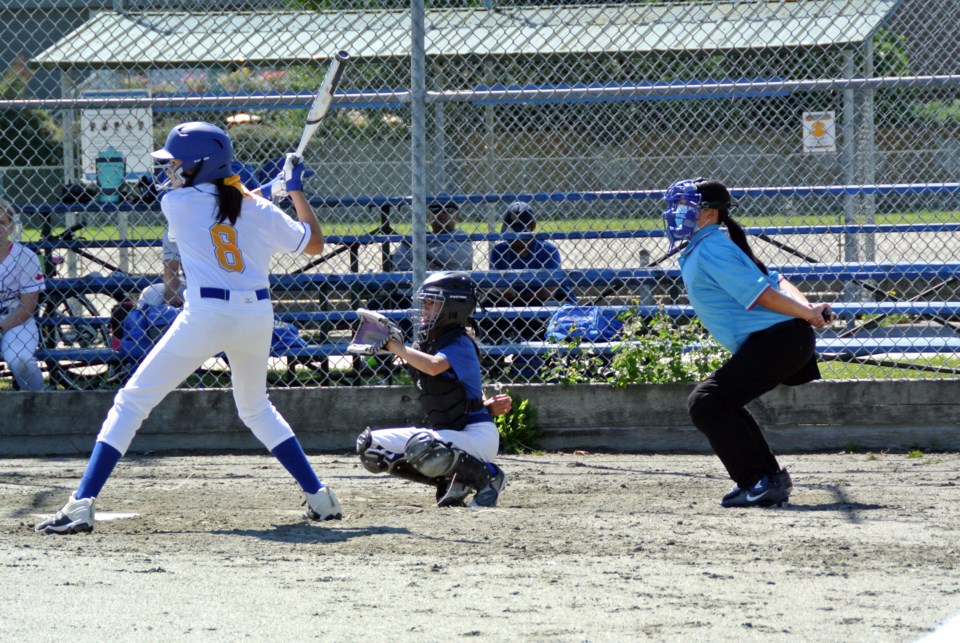 Richmond's softball season is in a holding pattern, like most youth sportsRGSA photo

There will be a softball season in Richmond this spring and summer, it’s just a matter of what the pandemic allows.

That’s the message from two of the people running the Richmond Girls Softball Association (RGSA), its president, Al Groff, and its mite coordinator, Dave Lexier.

Much like last year, when COVID-19 halted the season just two weeks prior to it kicking off in April, the association is very much in a holding pattern, hanging on Dr. Bonnie Henry’s every word.

The difference this time around, according to Lexier, is that they’ve been able to plan all winter for all kinds of scenarios for the months ahead.

“We have plans A, B and C: Plan A is a normal season, plan B is kind of like last year (with restrictive play) and plan C is hopefully a little better than last year,” explained Lexier.

“Hopefully we’ll get on the field (for outdoor practicing) in April. It’s hard to say with everything going on.

“I think the expectation is that we won’t get back to normal, but maybe the same amount of practices and teams we played last year.

“Softball BC is communicating with the B.C. government and doing its absolute best to get the girls back on the field.”

For the last few weeks, RGSA teams have been able to practice safely indoors, at the likes of school gyms.

“It has been challenging, but being in Richmond, we’ve had pretty good support from the city and the school board right now, compared to other cities,” said Groff.

“We’ve got access to some school gyms to practice. We’re able to get into the school gyms because we spent a lot of time over the winter developing safety plans, COVID-tracking, educating parents.

“We’ve got quite a lot of kids practicing right now because this is one of the few things they’re allowed to do. The kids are all wearing masks right now and I think they’re pretty used to it now. It feels much the same as last year during the pandemic.”

Groff said they have around 300 girls enrolled right now, which is similar to previous years.

“It’s a little light in our house program but the rep teams are pretty much full,” Groff added.

“But in house last year they played each other over and over again and they had a really good time.

“Travelling all over for a house program (as in, before the pandemic) is probably a little more than what some of the parents want.”

Without knowing exactly what the season will look like, some parents, explained Groff, are holding back from signing up.

“They want to see competition, we’re just happy to get games of any kind. They’re holding back from signing up their kids because they want to see what they’re going to get.

“Most of the rep teams are in for a penny in for a pound, but the house program wants to see what they’re getting.”

Normally, at this time of year, the likes of Groff and Lexier would be knee-deep in mapping out a tournament schedule, both for teams to travel to and compete in around the region and to host.

However, that prospect seems increasingly unlikely as COVID-19 refuses to fade away without a fight.

“We might get cohort tournaments with a small group of teams, who knows,” said Lexier.

“Last year we had to refund 100 teams signed up to play for tournaments. From those that wanted refunds (for the regular season), they got 100 per cent back.

“And for those that took part, we worked out how much we played and how much you would normally play and ended up reimbursing the difference.”

Lexier added that softball, compared to other youth sports, is “very affordable” and hopes more parents in the city consider signing up over the next few weeks.

Softball memorabilia finds a Richmond home base
Oct 26, 2020 9:14 AM
Comments