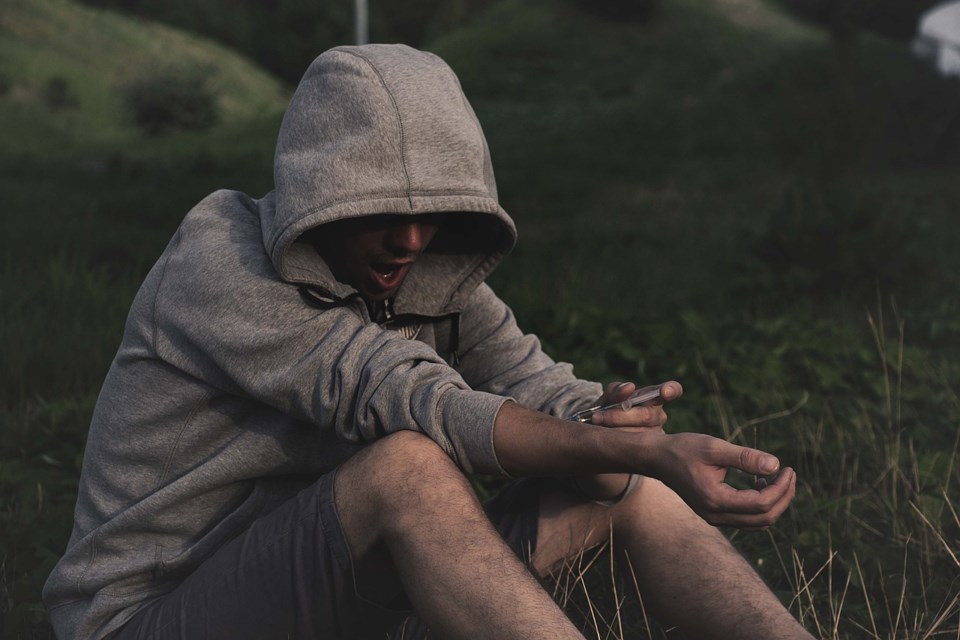 Last year was “the most tragic year ever” for illicit drug overdose deaths in B.C., prompting public health officials to push for the decriminalization of opioid possession and consumption to address the fentanyl epidemic.

Victoria had the highest number of overdose deaths on Vancouver Island with 91, behind Vancouver (358) and Surrey (174).

Lapointe said the epidemic in B.C. is “related to uncontrolled illicit fentanyl.”

The powerful opioid was detected in 81 per cent of the illicit drug deaths, up from 67 per cent in 2016, according to preliminary data from B.C. Coroners Service. The drug, which is 100 times stronger than heroin or morphine, is being smuggled into Canada from China and mixed into street drugs.

Carfentanil — up to 1,000 times stronger than fentanyl — was detected in 64 illicit drug overdose deaths between June and December 2017.

Provincial health officer Dr. Perry Kendall said the increase in illicit drug deaths shows “we are still in the midst of a persistent and continuing epidemic of unintentional poisoning deaths.”

First-responders are saving hundreds of lives a day, Kendall said, but “hundreds more are still dying, most often alone and with no one nearby to act or intervene when things go wrong.”

Solutions to the epidemic will be found outside “our comfort zone,” said Kendall, referring to a suggestion by Dr. Mark Tyndall of the B.C. Centre for Disease Control to provide hydromorphone, an opioid painkiller also known as Dilaudid, through vending machines.

Kendall said he’s also encouraged by the debate raised this week when the national Liberal caucus called on the federal government to eliminate criminal penalties for simple possession and consumption of all illicit drugs.

However, Prime Minister Justin Trudeau has so far ruled out legalization of drugs other than cannabis.

“At the very least, we should be working to decriminalize the individuals who are at risk in this epidemic,” Kendall said.

The Liberal caucus is proposing that Canada adopt a model used in Portugal. Since 2001, Portugal has expanded treatment and harm-reduction services, such as safe injection sites, and eliminated criminal penalties for simple possession and consumption of all illegal drugs.

A person found in possession of a drug for personal use must appear before a “dissuasion commission” that can make referrals to treatment programs or impose administrative sanctions.

According to Europe’s drug monitoring agency, Portugal now has a drug mortality rate of three overdose deaths per million citizens, compared with the European Union average of 17.3.

Dr. Patricia Daly, head of the B.C. Overdose Emergency Response Centre, said even if possession and consumption of drugs were decriminalized today, “it would take too long to make a difference in this particular crisis.”

The centre is focusing on increasing distribution of naloxone, which reverses the effects of an opioid overdose, and expanding technology that allows drug users to test drugs for the presence of fentanyl, she said.

Daly said that while the overdose numbers are “sobering,” the rate of increase from 2016 to 2017 was not as large as in the previous year, when illicit overdose deaths nearly doubled to 993 from 513.

Public health officials do not have an explanation for the drop in deaths, Daly said, but it could be due to the prevalence of naloxone, the expansion of overdose prevention sites or an increase in the number of people on opioid-replacement therapy such as methadone or suboxone.

Naloxone kits were used 14,000 times in B.C. to reverse the effects of an overdose, she said.

About 88 per cent of illicit drug overdose deaths occurred inside, mostly in private residences. Reducing the stigma around drug use is an important step in preventing people from using alone, Daly said.

No deaths occurred at any supervised consumption site, which shows the success of harm-reduction efforts.

In December 2016, the B.C. Coroners Service created an overdose death investigation team to look into the circumstances of each death and come up with solutions to reduce the death toll.

An analysis of those investigations is underway, Lapointe said, and a preliminary analysis could be released in the next few months.

— With files from The Canadian Press