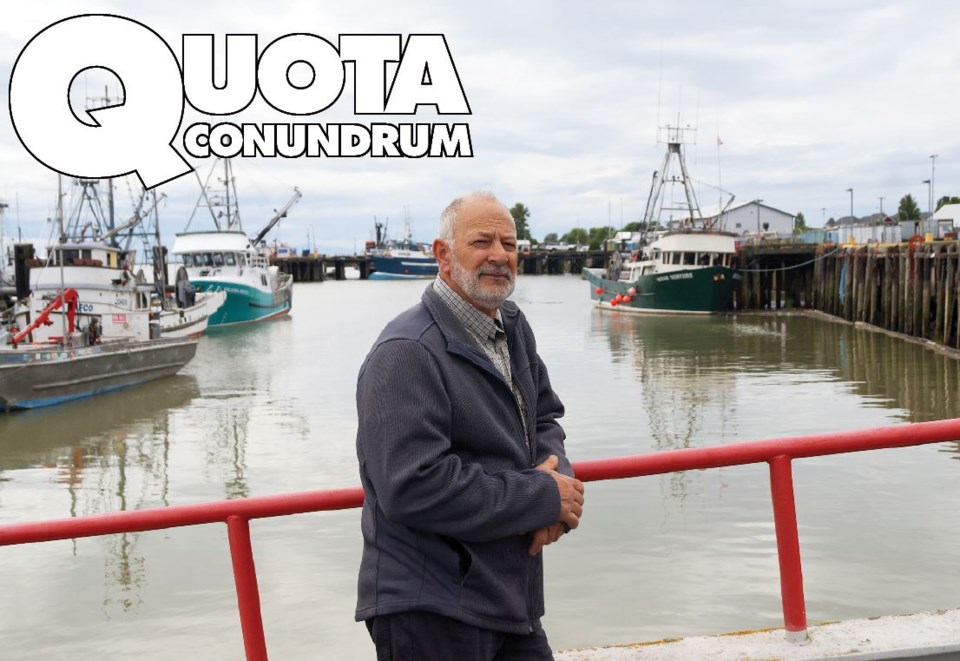 If you have ever purchased fish at Fisherman’s Wharf, there’s a 50/50 chance the bulk of your money will make its way into the pockets of an investor, who may not even be able to pinpoint Steveston on a map.

Such investors, both foreign and domestic, own government-issued quotas and licenses and lease them to fishers for a cut of the catch. Because profit margins for fishers are already razer thin, the extra costs of the quotas and licenses means young, new and independent fishers find it difficult to get a foothold in the industry.

This regulatory system is being called into question by Fleetwood Port Kells Liberal MP Ken Hardie.

“Really, what we’ve developed on the West Coast is like a cartel,” said Hardie, who, as of this month, has convinced the Standing Committee on Fisheries and Oceans to begin examining, by February 2019, West Coast fisheries regulations and their social and economic impact on fishers and small coastal communities.

Fishers have long complained about the ownership structure of licences and individual transferable quotas (ITQs), or catch shares, according to former veteran Steveston fisher Glenn Budden.

In B.C., about half of all fisheries (rockfish, halibut, herring, urchins etc.) have quotas that were initially issued by Department of Fisheries and Oceans (DFO) to fishers — much of them issued three to four decades ago. Over time, companies, such as Canfisco, and investors, both domestic and foreign, have accumulated quotas and licences from retiring fishers.

Hardie said the system hasn’t necessarily impacted consumer prices. Rather the profits are simply ending up in the hands of “slipper skippers” who own and lease quotas from office towers. Hardie said he is aware of concerns that American and Chinese entities are gobbling up Canada’s fish licences and quotas, however determining who owns what is not of public record.

“If we’re looking at licenses being sold offshore then the value to B.C. is very low,” said Hardie.

Canadian company Canfisco, which has nearly monopolized salmon and herring licenses (with quotas attached to them), did not respond to the Richmond News.

At first, quotas were seen as a way to prevent a free-for-all fishery. And each licence and quota has government fees attached to it, with money going to DFO for conservation and enforcement.

Budden said advantages of quotas include easier management of fish stocks by DFO and allowing fishermen to work on their own time, instead of the free-for-all derby fishing we see with salmon openings.

Another advantage, said Budden, was that accumulating quotas allowed boats to stay out on the sea longer and thus operate more economically. But the quotas are being monopolized according to industry experts and are now considered by fishers as more valuable than actually fishing.

If a fisher doesn’t have catch quotas, they must purchase or lease them in order to catch fish. But the rates being charged are increasing and leading to fishers exiting the business — and their communities.

“It all comes out of the brailer,” explained Budden.

“In other words, it all comes out of the catch; so you pay for your fuel, your groceries and all your expenses and your maintenance, your crew and yourself. And now, recently, in the past few decades, you’re also paying, quite possibly, a lease rate — for the licence itself, or the quota to go with the license, or possibly both — to actually go fishing. So it takes away from the income of the operation,” he noted.

Budden is now a senior fishing vessel investigator with the Transportation Safety Board of Canada based in Richmond. He said fishers are having to cut corners on safety and crew size and quality, to make ends meet.

“I’ve seen guys lease quota and you literally give your head a shake and ask, how are you even making money?” said Budden, who fished out of Steveston for 35 years.

According to a 2015 report by charities Ecotrust Canada and the Buck Suzuki Environmental Foundation, there has been a precipitous decline in fishers in B.C. while quota prices skyrocket. For instance, the cost of one pound of halibut quota in 1988 was $5.18 while in 2014 it was $71.59. This year, Pacific Boat Broker has ads selling halibut quota for $125 per pound.

Furthermore, the investors or entities leasing the quotas are known to instill clauses and requirements to sell the fish back to them at prices set by the company itself.

According to the Canadian Council of Professional Fish Harvesters, older B.C. fishers are not being replaced. In 2001, fishers age 30-44 accounted for 34 per cent of the labour pool. Now they account for 21 per cent. And in B.C., fishing income has declined compared to Atlantic Canada where there are no quotas. A B.C. fisher earned, on average, $19,100 in 2015 whereas the Canadian average was $28,615.

“Catch shares (quotas) claim to improve fishermen’s finances by allowing them to take advantage of good timing, getting higher prices when they land fish in periods of high consumer demand. But any advantages are cancelled out by the stress of high lease prices, ever-thinning margins, and loss of agency around establishing relationships with buyers,” noted the council.

Hardie’s related concern is that the economic woes are destroying coastal communities.

“The lion’s share of proceeds are going to people treating it as an investment. And it’s more than an investment. It means something to these communities. It’s social and cultural; things that are important to us,” said Hardie.

Budden said the quota system hasn’t impacted fish from coming to market. Rather, “now you have all of that quota going to one guy who has got a bigger boat and he doesn’t even go to that community to buy groceries.”

Turning back the clock is possible but impractical, according to Ecotrust.

“According to the law, fishermen who have made massive investments in increasingly expensive quotas would have no right to compensation. And with the huge amount of capital already invested in fisheries quotas, a quota buyback program would be financially impossible with DFO's current funding.”

Ecotrust has helped create fisher-driven quota and licence banks, not unlike a co-op, suggesting this may be the solution.

“By pooling capital and operating according to principles of fairness and sustainability, the bank provides fishermen with access to licences and quota that they couldn’t otherwise obtain,” notes the Ecotrust report.