Hundreds of Mother’s Day diners were scrambling to find last-minute places to eat – after a Norovirus outbreak closed restaurants in two neighbouring Richmond hotels.
May 13, 2019 4:07 PM By: Alan Campbell 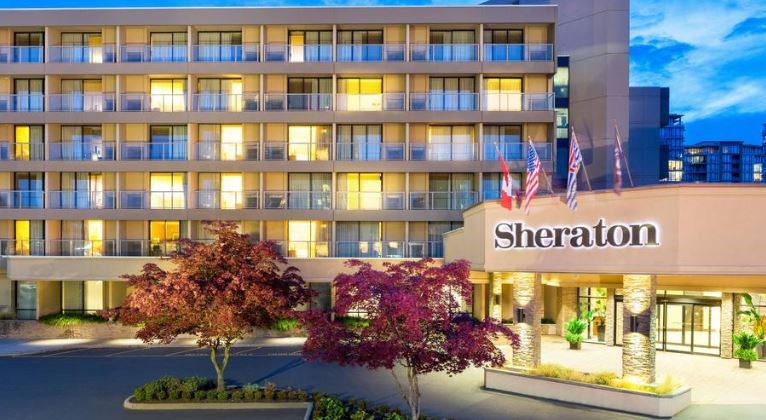 Harold’s Bistro in the Sheraton on Westminster Highway and Cavu Kitchen in the Hilton, around the corner on Minoru Boulevard, both closed their kitchens on the weekend.

According to Vancouver Coastal Health (VCH), a number of the Sheraton’s food handling and cleaning staff, as well as hotel guests, did appear to be suffering on Saturday and Sunday from a Norovirus outbreak.

Whereas Sanjeet Sadana, general manager at the Hilton, said there was “no reported guest sickness.”

“They closed down all food and beverage facilities in the hotel. A VCH environmental health officer inspected Saturday,” added the VCH spokesperson.

“Also, on Saturday a kitchen staffer at the Hilton hotel went home ill. The staffer had assisted at the Sheraton on Friday. They also closed down their kitchen as a precaution.”

Both hotels, said the spokesperson, are deep-cleaning the food and beverage areas today (Monday), so those areas of the hotel are still closed.

VCH was sending health inspectors to both hotels today and Wednesday to follow up on what has been done.

If there are no new reports of people being sick, they will be permitted to resume food and beverage operations.

Rick Biggs had booked a Mother’s Day brunch at Cavu and was upset at not being told why his reservation was cancelled.

“We received a phone call from the…restaurant…telling us that (it’s) closed for a few days, with no explanation given. Only that our reservation for Mother’s Day Brunch could not be honoured… and they also said that other neighbouring restaurants were also closed,” Biggs said in an email to the Richmond News.

“I phoned the restaurant back, wanting some answers as to why our plans for Mother’s Day were ruined.

“The woman I was speaking to would only tell me that they are not allowed to disclose or discuss the reasons for the closures.

“…I think restaurants, when they close like that, should have to disclose publicly why they are closed, not trying to keep it some mysterious secret. The public does deserve to know if there's a health risk somewhere, especially a public restaurant…”

The News has reached out to the Sheraton for comment.

Norovirus is a group of viruses that cause acute gastroenteritis, an infection of the digestive tract (stomach and intestine).

Within one to two days of being exposed, you may have the following symptoms: an upset stomach, vomiting, and/or diarrhea. Other symptoms include nausea, cramping, chills and fever. The illness usually begins suddenly and lasts for one to three days.

Complications may occur if you lose too much fluid from vomiting and diarrhea and do not drink enough fluids.

When someone vomits, people nearby may become infected by swallowing tiny droplets from the air.

The virus can also be spread on surfaces like countertops or sink taps. The virus can survive for a long time on these surfaces if they are not properly cleaned.

People infected usually get better within a few days.