The search for space has been on for a year and a half — but with Richmond rents at exorbitant rates, a planned youth mental health and addictions hub is struggling to open its doors.
Jun 1, 2019 9:30 AM By: Maria Rantanen 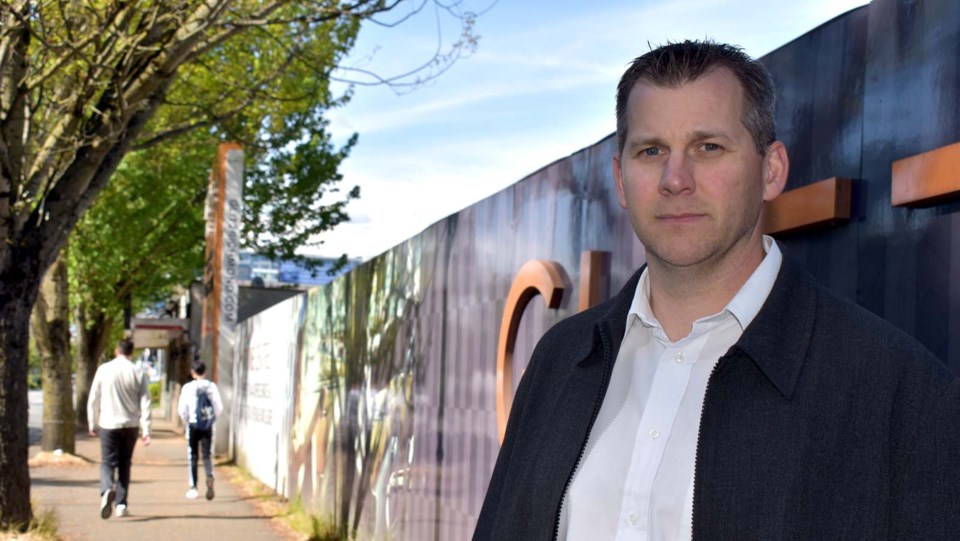 Rick Dubras, executive director with Richmond Addictions Services Society, is looking for space for a youth hub, but rents in Richmond can be very high.Maria Rantanen

The search for space has been on for a year and a half — but with Richmond rents at exorbitant rates, a planned youth mental health and addictions hub is struggling to open its doors.

Foundry Richmond, funded largely by the provincial Ministry of Mental Health and Addictions, will be a one-stop walk-in centre where youth who are struggling to cope can get help fast from a variety of service providers — health care, mental health, addictions, employment services, to name a few.

But finding a suitable shopfront location that is also affordable is proving to be a challenge for Richmond Addictions Services Society (RASS), the lead agency setting up the hub.

“It’s an expensive city and space is at a premium,” said Rick Dubras, executive director with RASS.

This problem isn’t unique to RASS — other non-profits are scrambling as their service needs grow but rents get more expensive. Some non-profits have a demolition clause built into their lease, which means if the owner decides to pull down their building, the lease can be broken. New space is expensive and hard to find.

RSCL just lost one space it was using in the city centre for three programs. While two programs have been relocated to Ironwood, they are still looking for a place for the third. The rent at the Ironwood location will be 10 per cent higher, but there are other costs like moving and furnishing the space, which is just a shell at the moment.

Thirty-five per cent of local non-profits said they are experiencing “uncertainty” in their current rental situations, according to a recent survey of space needs in Richmond. The study by Richmond Community Services Advisory Committee surveyed 39 non-profits.

Average rents were about $18 per square foot, and this was considered reasonable. But nine of the agencies said they would need more space over the next 10 years totalling about 36,000 square feet.

Dubras said the facilities they’ve been looking at have rents around $35 per square foot, but new buildings can charge up to $60 per square foot. They were recently outbid when they made an offer on a location on No. 3 Road — they’ve looked elsewhere as well including Ironwood and the Cambie area.

The space report was before Richmond council on Monday evening, and they passed two motions related to it: to develop a database of the space needs of non-profits and to ask staff to look at ways to increase the supply of affordable space for non-profits.

Barr said the city has tools it could use to alleviate the squeeze being felt by non-profits in Richmond, for example, relief from property taxes, something that those renting commercial space pay on top of rent.

Richmond Centre for Disability recently relocated to Lansdowne Mall after 33 years in its previous location across the street, now slated for redevelopment. RCD, however, was able to work out a deal with the developer.

At Monday’s meeting, Coun. Bill McNulty said council needs to look at space needs of non-profits during the planning stage, pointing to the example of RCD whereby the developer moved them into Lansdowne and will allow them back to a new building at their old location when it’s developed.

“That’s the kind of action we need,” he said.