City councillors grew tired of taking the blame on taxes, so they created a new video
Jan 5, 2016 4:32 PM By: Richmond News 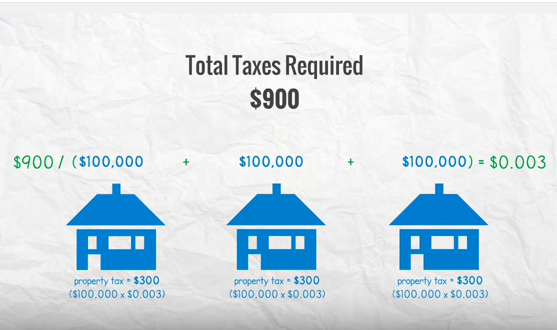 The City of Richmond is hoping a new video it created will clear the air when it comes to understanding how property taxes are determined.

After Richmond city councillors expressed concern that local homeowners could misconstrue tax hikes resulting from higher 2016 property tax assessments as the same as municipal tax increases, the city commissioned the creation of the video, now available online (at the bottom of this page).

The video attempts to explain the separate roles BC Assessment and the city have regarding property taxes.

Last month, the city raised its property taxes by 3.1 per cent, however the share of municipal taxes is determined by property value granted a flat rate is applied across all properties.

This year, BC Assessment increased property value assessments for all residential properties across Richmond by an average of 9.85 per cent.

“In general, property owners whose assessments have risen by more than the Richmond-wide average will see an increase in the municipal portion of their tax bill. However, property owners whose assessments have increased by less than the city-wide average will see their municipal taxes rise by less than 3.1 per cent and may even see a decrease in their municipal portion taxes,” noted the city, via a news release.

The city goes on to state that property owners are to be reminded that the municipal portion of the property tax bill only represents roughly half of the entire tax bill. Additional property tax charges are levied by Metro Vancouver regional district, TransLink, the Province of B.C. (school taxes), the BC Assessment Authority and others.

“Year-over-year changes in these charges may vary significantly from the change in the municipal property tax. The city has no control over other taxing agencies, but acts as tax collector on their behalf.”

The video highlights the fact municipal taxes are determined by the city’s budget requirements.

City staff have noted costs to the municipality have risen above the Consumer Price Index and thus a 3.1 per cent tax hike was necessary.

Councillors were adamant to include contact information to BC Assessment in the video in order to prevent residents from phoning the city over assessment disputes.

Taxpayers can find out additional information about property taxes, including details on homeowner grants, online at Richmond.ca/tax.

On Tuesday, the province upped the homeowner grant threshold from $1.1 million to $1.2 million.

More information on property assessments, including how to appeal an assessment, can be found on the BC Assessment Authority website.