China is eager to conclude a free-trade agreement with Canada, but not at the expense of a set of “baseline” political principles seen as untouchable by Beijing, said the new top Chinese diplomat in the Western Canada region.
Jan 3, 2018 11:10 AM By: Chuck Chiang 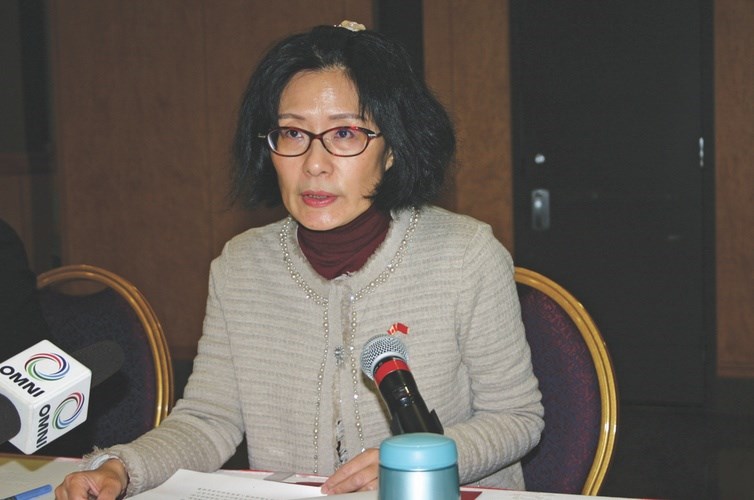 China is eager to conclude a free-trade agreement with Canada, but not at the expense of a set of “baseline” political principles seen as untouchable by Beijing, said the new top Chinese diplomat in the Western Canada region.

The comments by the new Chinese consul general in Vancouver, Tong Xiaoling, at a December 19 media conference come after Canadian Prime Minister Justin Trudeau visited Beijing earlier this month but did not leave with an official launch of free-trade agreement (FTA) talks with China – something that many observers expected.

Tong, who arrived at her post in Vancouver on November 26, emphasized that both sides still considered the meeting between Trudeau and Chinese President Xi Jinping and Premier Li Keqiang to be successful because it opened up “high-level dialogues” between Ottawa and Beijing on several fronts. Consensus was also reached on a range of issues, including battling climate change and pursuing increases in innovation and tourism co-operation.

But Tong added that, while both sides have expressed an eagerness to pursue an FTA, Beijing could not budge on some of Ottawa’s initial asks, especially ones that extend beyond the typical purviews of an economic pact.

“We object to the addition of other political conditions into the discussions of a free-trade agreement,” Tong said. “China has situations unique to China; it has its own history and culture. So our development as a country bears the marks of our own historical contexts. Therefore, in any negotiations with another country, we have our principles that present a baseline that we cannot cross. We are not going to change our principles or soften our position for the completion of a free-trade deal, and we reject the use of political conditions as bargaining chips in a negotiation for an economic agreement.”

Trudeau and other Canadian officials had emphasized a “progressive” trade pact with China and others, including items on labour standards, gender rights and additional environmental requirements. Some reports note that some of those points were the same ones that scuttled a planned signing of a preliminary 11-member Trans-Pacific Partnership (TPP) agreement with Japan and nine other countries at the Asia-Pacific Economic Cooperation summit in Vietnam in November, and Tokyo – TPP’s main proponent – has said it is now considering moving on without Canada’s involvement.

A China-Canada FTA would give Ottawa a free-trade pact with its second-largest trade partner while giving China its first such agreement with a G7 country. However, trade officials with the previous administration under Stephen Harper noted it wanted to see Canada’s large trade deficit with China addressed before exploring an FTA. Canadian exports to China reached $11.4 billion in the first half of 2017, according to Industry Canada. Imports from China, meanwhile, reached $33.3 billion.

Tong noted, however, that China is committed to opening its markets to more foreign imports and investments. She pointed to the 2018 China International Import Expo – scheduled to take place in Shanghai next November – as one of the concrete signs that Beijing is keeping its promise to increase access to global investors and businesses.

“As a developing country, to host an expo focused on imports is a very rare occurrence,” Tong said. “That’s because, for most developing economies, the goal is to sell to others. Our focus here is to purchase from other markets; to have a platform like this expo, it shows our willingness to actively open ourselves to doing business internationally. The growth of the Chinese economy should benefit the global economy, and we want others to see that.”

Among the other moves Chinese officials noted as being pro-international trade since Beijing’s 19th National Congress of the Communist Party in October is the reduction of tariffs on 187 categories of consumer goods imports starting December 1 to 7.7% from 17.3%. The congress provides a forum where much of the country’s general governance direction for the next five years is announced.

Tong also said China is reducing limits on foreign investors’ stake in Chinese companies in a number of financial services fields, including an expansion of the foreign ownership ratio in Chinese asset management firms to 51% in three years’ time.

According to Chinese officials, China is slated to import US$1 trillion in goods and services over the next five years.

Among the areas Tong mentioned for potential expanded trade with Canada are tourism, education, clean technology, winter sports and – interestingly – high-speed rail development. (A recent study by Washington state explored the possibility of a Vancouver-Seattle high-speed rail costing between US$24 billion and US$42 billion, which would attract 1.8 million riders annually.)

The Chinese focus, in the meantime, will be on what officials termed “people-to-people” interactions – supporting efforts such as the Canada-China Year of Tourism and promoting more Canadian students to study in China, Tong said.

“Traditionally, the trend is that there’s more Chinese students coming to Canada to study, rather than the other way around,” she said. “Just in B.C. alone, there are 50,000 Chinese students studying here. These students – including the number I just mentioned for B.C. – are bringing $300 million in economic output to the Canadian economy every year.

“The momentum of growing China-Canada relationship is there. I think most of our Canadian friends can see that. So it’s especially important to continue expanding people-to-people interactions from the two countries, increasing friendships and aiding the continued growth of the relationship between us.”