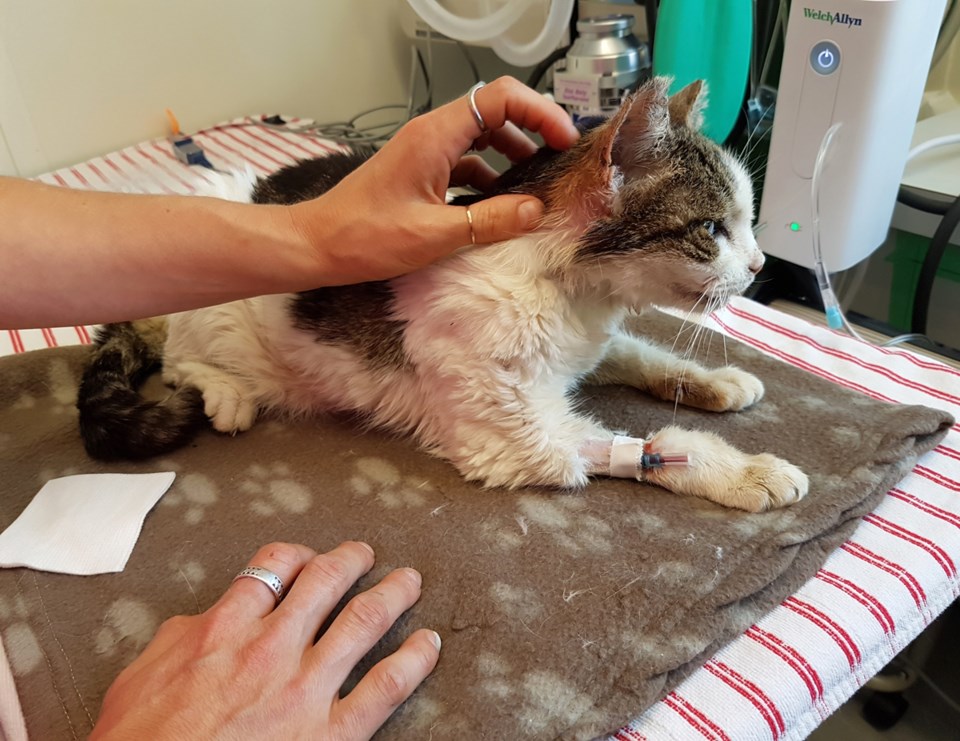 Vancity will help out the newly named Regional Animal Protection Society (RAPS) to the tune of $650,000 in financing. RAPS runs many programs in the city, such as the Cat Sanctuary, which is home to more than 500 felines. Photo submitted

A new Richmond animal hospital that will help furry friends from across the region is a step closer to completion, thanks to a large financial commitment from Vancity.

The credit union has provided $650,000 in financing to the Regional Animal Protection Society (RAPS) to renovate and equip a new animal shelter and vet clinic at the Richmond Auto Mall. The 6,000-sq.-ft. space is being provided free of charge for six years by Applewood Nissan, which also donated a new $60,000 van to RAPS.

After the renos are completed, it’s expected the new hospital will be ready to open in November.

“I’m excited to talk about this,” said Eyal Lichtmann, executive director of RAPS.

On July 24, as he was about to catch a flight to Las Vegas for SuperZoo, the largest animal services trade show in North America, Lichtmann told the Richmond News that the recent windfall of community contributions will change the way animal care is provided in Richmond.

The new RAPS hospital will not only look after animals under RAPS’ care, but provide veterinary services for paying customers. The revenues will help finance RAPS’ rescue and social programs, including animal sheltering, its cat sanctuary, foster care, spaying and neutering services, animal food bank program and access to low-income families. A new dog sanctuary is in the works, and the RAPS Cat Sanctuary – which currently houses about 500 felines – will be expanded.

The new hospital will employ four veterinarians (each with special skills, including orthopedic surgeries), providing specialized pricing and services for families with low incomes and animals adopted from RAPS, while also assisting other animal organizations with their medical requirements and providing spay-and-neuter programs for local municipalities.

Approximately one-third of the vets’ services will support RAPS animals, with the rest made available to the public.

Lichtmann noted RAPS is a “no-kill” shelter that provides care to about 1,200 dogs and cats each year, which are then adopted or housed temporarily in foster homes until forever homes can be found. A further 500 felines live permanently in the Cat Sanctuary.

“Animals that would be euthanized in other jurisdictions come from across British Columbia and beyond to live out their lives surrounded by the care and companionship of a small staff and hundreds of volunteers,” he said.

But that care is expensive.

Lichtmann said the organization is seeing more people surrender their aging and/or ailing pets because they can no longer afford to look after them. And the housing crisis is having an impact on animals, with those looking for a place to live having to give up their four-legged companions in order to keep a roof over their heads.

“More people would have pets if landlords would allow them,” Lichtmann said.

After the six years at Richmond Auto Mall is up, RAPS plans to relocate the hospital to a yet-to-be-determined site. The City of Richmond has committed to funding the planning and design of the building.

To help pay back the Vancity funding, as well as raise more money for operating costs, RAPS has launched a capital campaign to bring in $1 million to $2 million from the community.

“We are building the future of animal care that is ethically and economically sustainable,” Lichtmann said. “We know our community supports this. Now we’re asking animal-loving people to put their money where their heart is.”

Donations can be made at www.rapsbc.com/contribute-to-capital-campaign/

As incentive, RAPS is holding a contest offering more than $150,000 in veterinary services. For more info visit RAPSBC.com/Contest-Rules