Neighbourhood Watch: Stuck between trucks and a hard place 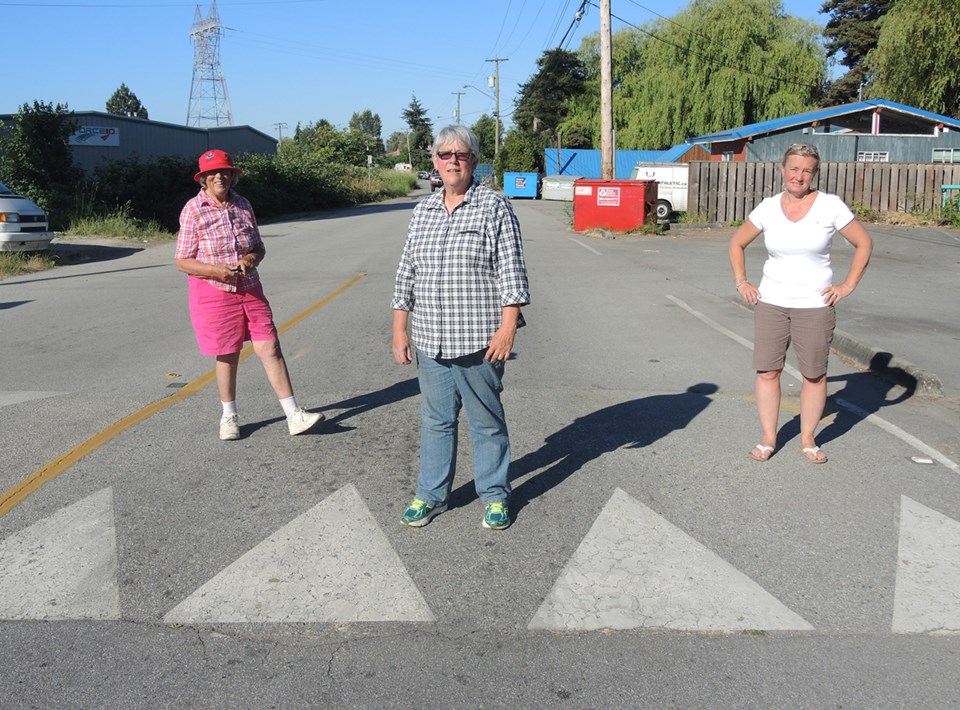 A small, quiet and tight-knit Hamilton neighbourhood may be turned into a truck-filled nightmare as a result of a decision by Farrell Development Corporation, owned by the family of Coun. Linda McPhail.

The issue has roughly 50 residents hopping mad and could spawn the city’s second ratepayers’ association.

Is Hamilton’s Dyke Road a recreational trail or a route for heavy industrial truck traffic?

That’s the question that will soon come before city councillors, save for McPhail, who will not take part in any decisions.

McRae’s Environmental Services is applying for a business licence, so it can lease three Farrell properties to house its 80 service trucks that will run up and down the narrow road up to 240 times a day.

“First of all, the city doesn’t care about us; second, they’ve created a hazard by putting on their website that (Dyke Road) is a walkway and cycling path. And they’re going to allow 80 trucks down here? We’re a minority and a small voice facing a giant city that doesn’t give a ....  about us,” said Janna Taylor, a resident of the area for 30 years.

“Our biggest concern is pedestrian safety. This road is not suitable for truck traffic,” said Heather Palmer, a newer resident of the area, down the road from Shelter Island Marina.

The City of Richmond urges non-vehicle traffic to “exercise caution” on the road, which is a vital link to a city park.

“This road isn’t big enough for big trucks. We’ve got six speed bumps here and lots of people use this recreationally in the mornings and evenings,” said longtime resident Dorothy Leighton, speaking to the Richmond News in front of her home as cyclists, joggers and dog walkers passed by.

When asked what his vision is for the area, Mayor Malcolm Brodie said residents should be prepared for industrial uses on the properties in question.

“If you buy a residential property next to industrial land, I don’t see how we can fetter the industrial owner for using that land as it’s intended under the zoning,” said Brodie, who, nevertheless, said council has asked staff to investigate the road condition and possible solutions.

“Maybe the first mistake was allowing a residential development along the river,” said Brodie.

That may be the case for Palmer, a developer who built (and now lives in) the relatively new townhomes east of the proposed truck facility, but, according to Leighton, it’s not for residents like herself who bought the property 30 years ago when it was mostly farmland and there was little industrial activity in the area.

What came first is something Coun. Derek Dang is interested in finding out.

“What prompted us to allow industrial in the area? Or, conversely, why did we introduce residential?” asked Dang, who called the planning quagmire a “screw up,” and said a full review of the “odd area” is in the works, from the planning department.

“It’s a difficult situation given one of the councillors is involved,” said Dang, who helped install speed bumps in the area a few years ago.

A solution may be found in Richmond’s community plan for Hamilton, which calls to “protect the integrity of the float home communities and industrial uses” by building a back road should land be developed. The city said it would expect landowners to pay for it.

Project manager Ross McPhail said he hopes to move McRae’s on to the site by Dec. 1. McRae’s manager, Drew Clarke, said the facility will “enhance” the neighbourhood, bringing a tax base and over 100 employees to the area.

He said cars already have to pull over so “not much will change.”

He noted McRae’s has a positive working relationship with the city.

McPhail told the News residents are concerned about property values. However, Palmer countered that the issue at hand is community safety.