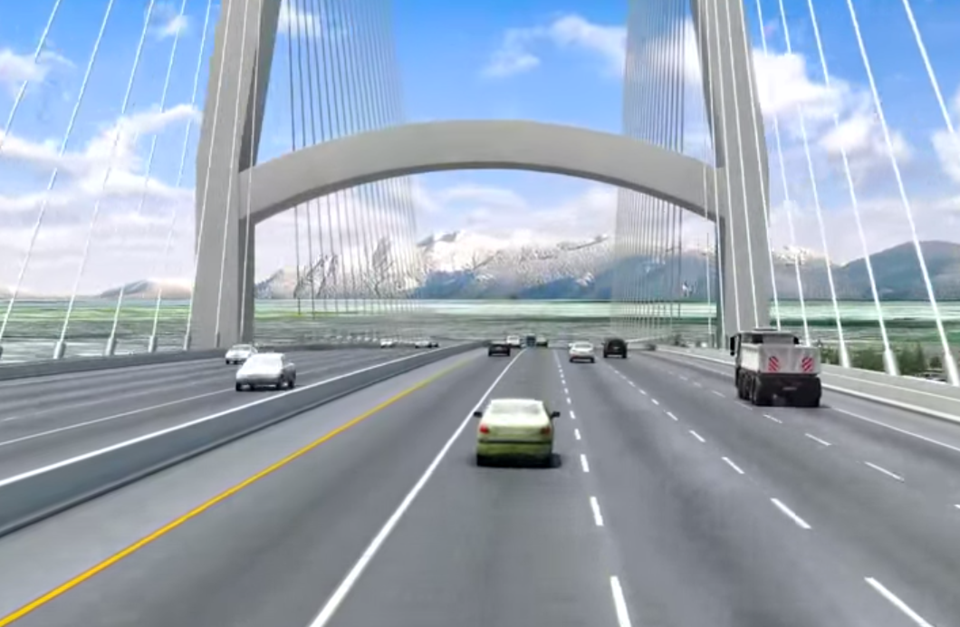 An artists's rendering of the George Massey Tunnel bridge replacement

How will the George Massey Tunnel replacement bridge pay for itself if it costs more to construct yet sees less traffic than the new Port Mann Bridge, which now has an accumulated surplus debt of $397 million since it opened?

“This is one of the big questions that has lingered on for the replacement of the Massey Tunnel. Specifically, what is the financing for the bridge?” asked Mayor Malcolm Brodie, who has repeatedly asked the Ministry of Transportation to reconsider the bridge project.

As a mayor who helped draft Metro Vancouver’s regional transportation strategy, Brodie has been highly critical of the bridge plan, which is now undergoing an environmental review by the provincial government.

Brodie maintains he has not been told how the Massey crossing will be tolled and the impact it will have on other crossings into Richmond.

Regional transportation critic and Langley city councillor Nathan Pachel said the spike in traffic volume is likely due to the de facto closure of the Patullo Bridge for repairs.

Average weekday traffic for the Port Mann last year was about 110,000 vehicles. Analogous data for the Massey tunnel shows 84,000 vehicles, during 2014. Over 10 years, traffic at the tunnel has declined 0.7 per cent (and those numbers are forecast to decline further once a toll is in place).

The new bridge is expected to cost $3.5 billion.

“I’m guessing it will be more than that by the time it will be finished,” he said.

Meanwhile, Jordan Bateman, B.C. director of the Canadian Taxpayers’ Federation, said the Port Mann project has made the same mistakes as the Golden Ears Bridge, in so much that traffic volumes have not met expectations, leading to loss of revenue.

“Ten lanes is a huge bridge anywhere in the world, and now we’re adding a second 10-lane bridge over the Fraser . . . Is this the best case of spending tax money?” asked Bateman, who wants the Ministry of Transportation to experiment with tolls, such as peak tolling.

Brodie said the province could look at ways to reduce truck traffic through the existing tunnel, which he wants to keep and expand, with seismic upgrades.

“I question the need for a bridge,” said Brodie, who believes the bridge is being built, in part, to clear the path for deeper dredging to increase shipping up the Fraser River — this, despite Port of Vancouver’s insistence it has no immediate plans to do so.

In addition to environmental concerns, Brodie believes the bridge will shuffle traffic jams to the Oak Street Bridge. Richmond’s transportation planners have questioned the Ministry’s traffic analysis that depended on Bluetooth data from cars.